Awe and upsets at the Graeme Rugby Day 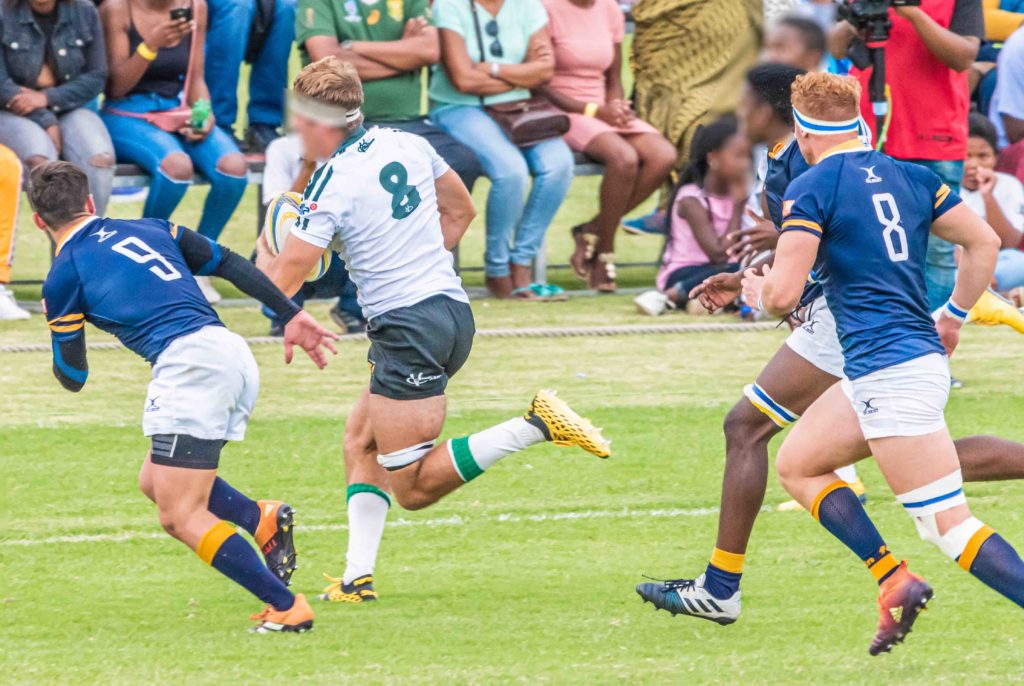 The Annual Pam Golding Properties Graeme Rugby Day once again lived up to its expectations, with a lot of excitement, plenty of entertainment and a few upsets. The popular event took place at Graeme College’s Somerset and Marais fields in Makhanda.

Thousands of rugby enthusiasts came out in their numbers in support through the day. Thirty-one matches were scheduled for the day and 62 teams played under-14, U15 and U16 matches at the school’s Marais Field, as well as at Kingswood College and St Andrew’s College, with the first-team matches played on Somerset Field. Alongside local teams Graeme, Kingswood, Mary Waters, PJ Olivier and St Andrew’s were the Eastern Cape’s top school rugby sides from Cradock, East London, George, Humansdorp, King William’s Town, Port Alfred Port Elizabeth, Queenstown and Uitenhage.

It was a day that saw three Makhanda high schools flying the flag for the town. Mary Waters (Mawas), St Andrew’s and hosts Graeme were on the winning side, while Kingswood had a tough encounter with Selborne.

The day kicked off with Mawas running Cambridge to pieces with a comprehensive 37-17 win. The light footed Mawas backline were just too good for their opponents. Dangerous and speedy, they ran riot and were unstoppable on attack. This match was an indication of what the Mawas side is capable of and proof that they can compete against the bigger rugby schools in the Province. Cambridge defence were lacking and Mawas made their intentions clear with running rugby from the outset.

The main game between hosts Graeme and powerhouse Marlow was a humdinger contest. Graeme found themselves with 0-13 down and had to eliminate their deficit to eventually claim a remarkable 21-18 comeback win. Marlow was in control for most of the game before Graeme launched a fantastic second-half comeback. Rising from what had been unstructured play, the hosts put enormous pressure on Marlow and found themselves 14-13 in the lead for the first time, midway through the second half.

Graeme’s solid defence and accuracy on the counter-attack assure them the win.

The coaching staff of Marlow will surely be disappointed with the numerous missed opportunities to put points on the board. Marlow also missed four kicks at goal, which could have been the difference on the day.

Full credit to Graeme, who fought to the end. Graeme left wing Lelona Xhaso scored two fine tries, with the winning try coming late in the second half, to secure a well deserved win for the Graemians. Marlow scored a late try – but it was too little too late.

The match between St Andrew’s and Framesby was never going to be an easy game. SAC narrowly beat Framesby 15-12 in a titanic battle, with both sides playing some excellent running rugby. These two top rugby schools both provided entertainment and the competitiveness was outstanding.

A new-look and somewhat inexperienced SAC side took to the field, but stood their man with remarkable composure. Although there were many errors in the first half, there were also many positives the Makhanda side can take from this game. St Andrew’s took an 8-0 lead before Framesby got themselves back in to the game with their bigger forwards. Framesby clawed their way back in the second half and found themselves 12-15 behind with minutes remaining on the clock. Framesby then threw everything at College, launching wave after wave of attacks, but it was St Andrew’s who held on with a brilliant steal from a Framesby lineout close to the try line to secure possession in the last movement of the game. SAC secured a hard fought win in the end, in a fantastic game of rugby.

Kingswood started their encounter against Selborne on a positive note and found themselves 12-7 in front at changeover. The KC side were looking promising in the first half, with their skilful backline looking dangerous with ball in hand on attack. The Selborne bigger forwards put enormous pressure on KC in front with their strong carries, gaining advantage and territory. Too many handling errors on attack that saw Kingswood losing out on certain scoring opportunities. The strong pack of Selborne dominated the scrums and put KC under a lot of pressure, ensuring a few turnovers at scrum time. While KC lost focus in the second half, the East London side capitalised and scored 21 unanswered points to record an impressive 28-12 win.

Earlier in the day, Brandwag of Uitenhage upset the favourites Grey High with a fine 14-12 win. The Uitenhage side played brilliant running rugby and put the PE side under severe pressure throughout the game. Grey made a few costly errors on defence that saw Brandwag cashing in.

Muir College from Uitenhage also caused a huge upset when they beat Dale College. Muir were very clinical and effective in broken play and their speedy backs played well. Dale made a few mistakes and their defence let them down at times.