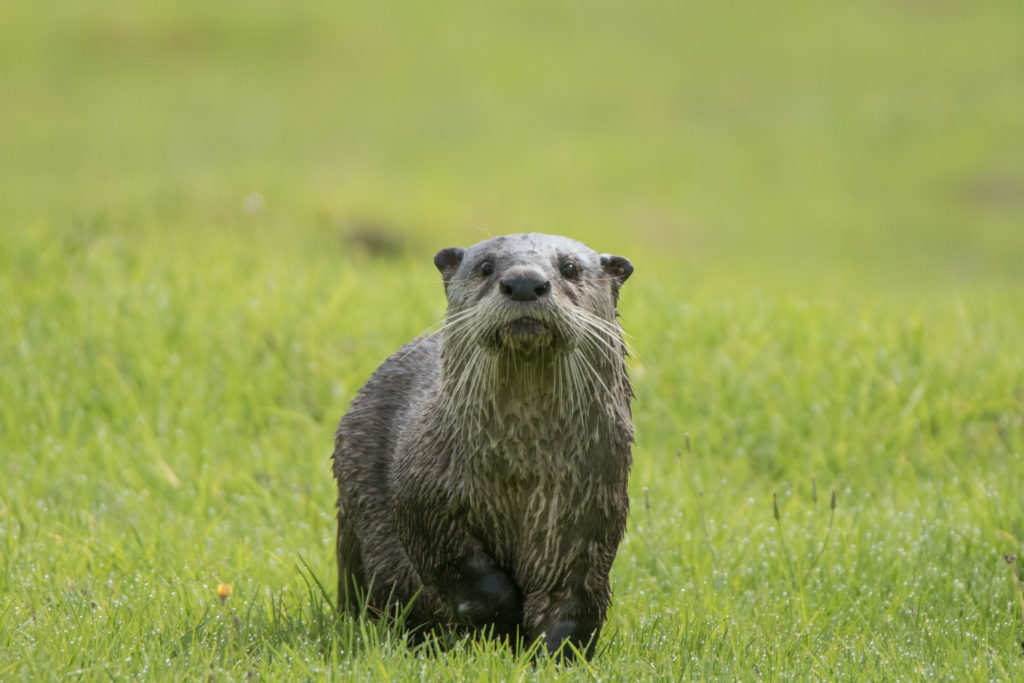 I was out birding one morning at the Mayfield Waste Water Treatment facility just north of Grahamstown when I had a rather remarkable sighting. I was standing at one end of a long meadow watching some swallows looping over the grass, when I glimpsed movement at ground level out of the corner of my eye.

When I got my binoculars trained in, I saw that it was a large Cape clawless otter! I quickly switched to my camera and hastily snapped away as the otter ambled through the flowers, only to realize that he was heading straight in my direction. As luck would have it, a large cement drain pipe ended in a ditch a mere twenty meters in front of me, and that’s where the otter was headed. Just before he reached the drain he paused, looked at me quizzically, and then disappeared from view. I walked to the edge of the ditch but he was nowhere to be seen, and I assume he had used the pipe as a conduit between the meadow and the ponds.

There’s always something special about seeing an otter, and I was thrilled to have seen such a large one out in the open. It felt as though I’d stumbled into a scene out of The Wind in the Willows.