PJ does it again with Frans Erasmus Sports Tournament 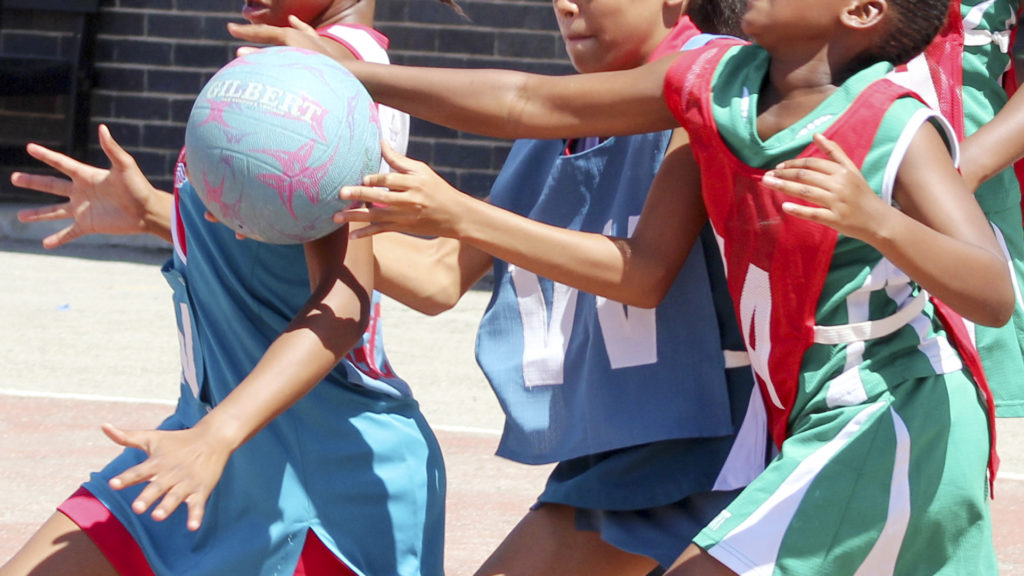 Schools from across the Eastern Cape participated in the 22nd Frans Erasmus Sport Tournament at PJ Olivier last weekend. Photo: Sue Maclennan
Hoerskool PJ Olivier once again hosted a highly successful Frans Erasmus Sports Tournament at the school’s sport grounds in Makhanda last weekend. The 22nd edition of the event was even better, bigger and more exciting.
In contrast to the rain that usually graces this event, both Friday and Saturday were extremely hot. But supporters of this even don’t stay away from rain, and thousands of spectators watched primary schools across the Eastern Cape test their skills in under-13 rugby and netball games on Friday and Saturday. Running rugby and competitive netball brought out the best in under-13 sporting talent.
Fort Beaufort were outstanding in the rugby division and won all five games. Frans Conradie won four, while host PJ and Dr Viljoen managed to win three each.
Dr Viljoen and Settlers Park dominated the netball event, winning with six games each. PJ won four games.
PJ Olivier Principal Joubert Retief was delighted with the event.
“There was good spirit between participants, coaches and supporters,” Retief said. “Thank you for all the support and we already look forward to 2021 tournament.”
Previous ArticleIf Masicule! can work so well, surely Makhanda can!
Next Article Mix fortunes in SAB league