Amakonokono, Rhodes do battle at King 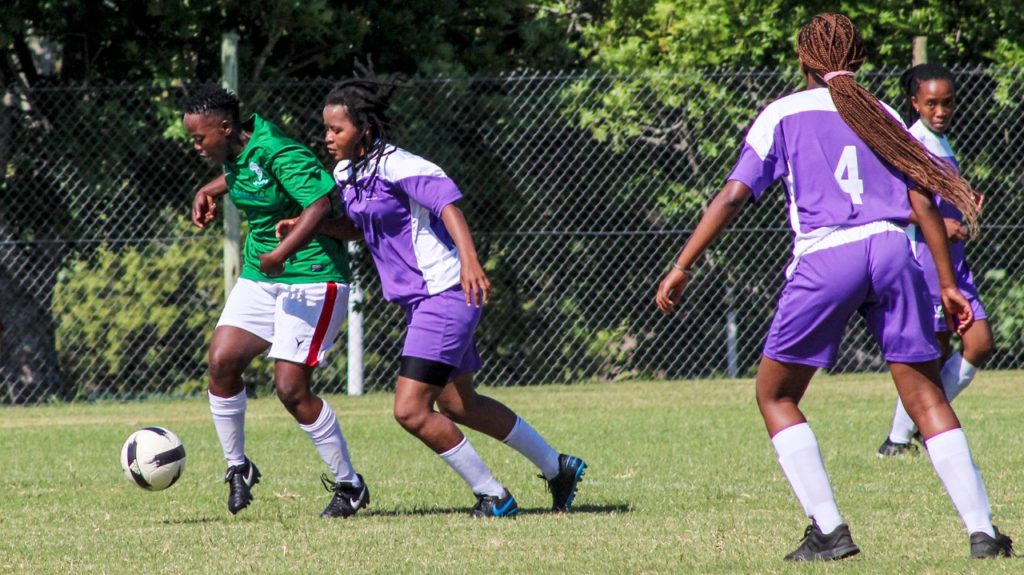 By CHRIS TOTOBELA
Last Saturday the Rhodes University women’s team hosted African Connection at King Field. This game was played in unbearable heat that forced both teams to slow down and let the ball do the running. Both teams were very brave to play in that heat and it was no surprise to see the ref shortening the game time.

The game started with the home side trying to push forward and put Connection under pressure as early as possible. Connection’s defence stood firm and dealt with every attack that Rhodes brought to them. Amakonokono soon found their feet and started passing the ball around, forcing Rhodes to do some defending. The Rhodes goal minder seemed to be the busiest while trying to keep Connection at bay. The Rhodes defence finally succumbed to pressure when their keeper made a diving save to stop a long range shot but failed to hold on to the ball.

Nosiphosethu Dyantyi was the quickest to react and she tapped the ball home to give the visitors the lead. The halftime score was one-nil to Connection. In the second half, Rhodes tried to take the game to the opponents in search of an equaliser but were nearly caught on numerous occasions as they pushed more bodies forward while exposing themselves to counter attacks.

The best chance of the second half fell on the visitors’ speedy right winger Nomveliso Zenani, who outsprinted Rhodes defence and shot wide by a narrow gap. Rhodes tried to fight back but struggled in the final third of the pitch. When te final whistle sounded, both sets of players had given their best under those conditions and the fans seemed to enjoy the game.