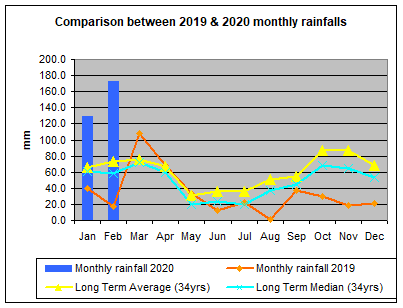 A heavy fall of rain is termed a deluge.

We need something of this magnitude to fill our dams to the south. Should this happen one can expect some local flooding in low lying areas especially along water courses, drainage canals, etc.