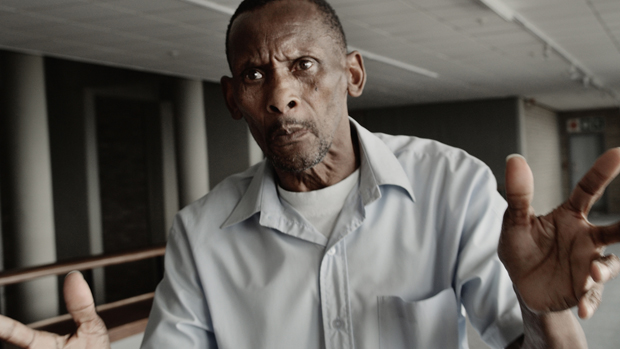 Everyone who ever wandered into the Monument building while Griffiths Sokuyeka was on duty will remember him – for his ever-present smile, his contagious happiness, and his kindness across the board. He passed away on Wednesday 26 February 2020 after a short battle with cancer, bravely borne. The National Arts Festival and the Grahamstown Foundation send condolences to Griffith’s family, especially to his sisters Nombulelo Nondzube and Nomazwi Khalipha, his daughter, Ntomboxolo Bhodla, and grandchild, Lincuthu Bhodla. His funeral service will be held on Saturday 7 March 2020 at 9:30am at the Methodist Shaw Memorial Church in Albert Street, Tantyi Location.

Griffiths Sokuyeka worked for the Grahamstown Foundation in various capacities from 1992. He was appointed as Assistant to the Corporate Affairs Department of the Foundation in 1997 and remained in this role until his retirement in 2015. From 2016 to 2019, Griffiths was appointed on an ad hoc basis to help out in the building and conduct public tours during busy periods. Whilst in the Foundation’s full-time employ, he represented the staff at wage negotiations and sat on the Grahamstown Foundation’s Council.

He will be well-remembered by many visitors and school groups for his informative tours of the Monument building, where he presented the historic facts but often also included a colourful personal anecdote or current snippet of news to spice up the monologue. Griffiths was a repository of local knowledge and his effervescent, always busy personality, made these tours as much fun as they were educational. It is no surprise then that 2012 Standard Bank Young Artist, Mikhael Subotzky, chose Griffiths to tell the story of the Monument and its chequered history, in Retinal Shift, a visual art installation that examined his personal journey against that of the public persona and the building he worked in.

Griffiths’ personnel file is full of letters from people that he helped over the years – whether from colleagues in the building or businesses in town – the over-riding message being how he always went the extra mile – and did so with a smile on his face. Whether asked to man a stall at the Bathurst Show or an info table over orientation week; whether preparing to host Tata Mandela or raising the flags every morning; whether meeting people or talking on the phone; Griffiths was always respectful, courteous and happy to help.

We all have slightly different memories of Griffiths, but they are all happy memories and there isn’t a more worthy legacy than that. Hamba kahle, Griffiths, you will be missed.

Previous ArticleCoronavirus being handled with urgency, care: President
Next Article Droughts and deluges: are there floods on the way?