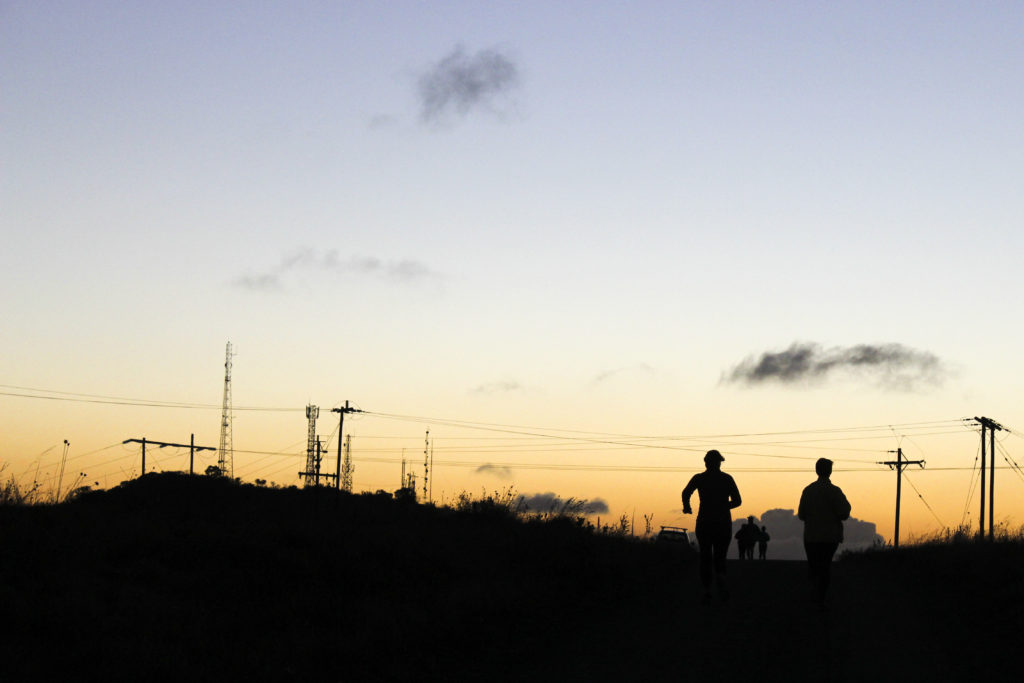 Upwards of 450 runners, joggers and walkers are expected to take to Makhanda’s streets on the evening of Thursday 5 March for the 2020 edition of the highly-popular Makana Brick 8km Nite Race that starts and finishes on Graeme College’s Somerset field. Last year’s race saw 520 local residents taking part.

The event starts at 5.30pm and registration is from 4.30pm. Once again the starter will be well-known local raconteur, battle re-enactment specialist and tour leader, Basil Mills. To send the field of all ages on their way he will fire his huge swivel gun that will send booming sound-waves across the ground and neighbouring suburbs. And, say the three main organisers – Cathy Braans, Lindsay Vroom and Colin Meyer (CEO of sponsors Makana Brick) – participants are in for a treat on the evening.

Not only does the entry fee for the race stay the same at R20 for adults and R10 for scholars, the first 500 finishers will each receive a race medal and a pineapple grown in the Bathurst district, plus there will be many lucky-draw prizes.

The handing out of pineapples to finishers has become something of a tradition at the night race, and eager school pupils sprint for the finish line at the end of the eight kilometres to take possession of their very own prickly prize.

All the race proceeds will go to Grahamstown Hospice to assist the organisation with the invaluable and wonderful work they do in the Makhanda community.

To add to the atmosphere, Graeme College cricket and hockey players will be selling boerewors rolls and cooldrinks at the Graemian Centre. Those who are not participating can support the teams while the runners, joggers and walkers are out on the streets.

The 8km route will be the same as last year:
From Graeme College’s Somerset Field, entrants will start off with a short, steep climb up Miles Street. They will then run and walk along the following streets for the next eight kilometres: Park, Kingswood circle, Frances, Charles, Henry, Speke, Milner, Worcester (past St Andrew’s and DSG), Jacques, Leicester, Graham, Cradock, Howick, Bedford, Pear Lane, Constitution, Short, St Aidan’s, Grocott, Oatlands, Fitzroy, Drury Lane and Selborne.

The water point in Charles Street will be manned by Kingswood junior boarders and outside the Fairlawn fields in Bedford Street by St Andrew’s Prep boarders.