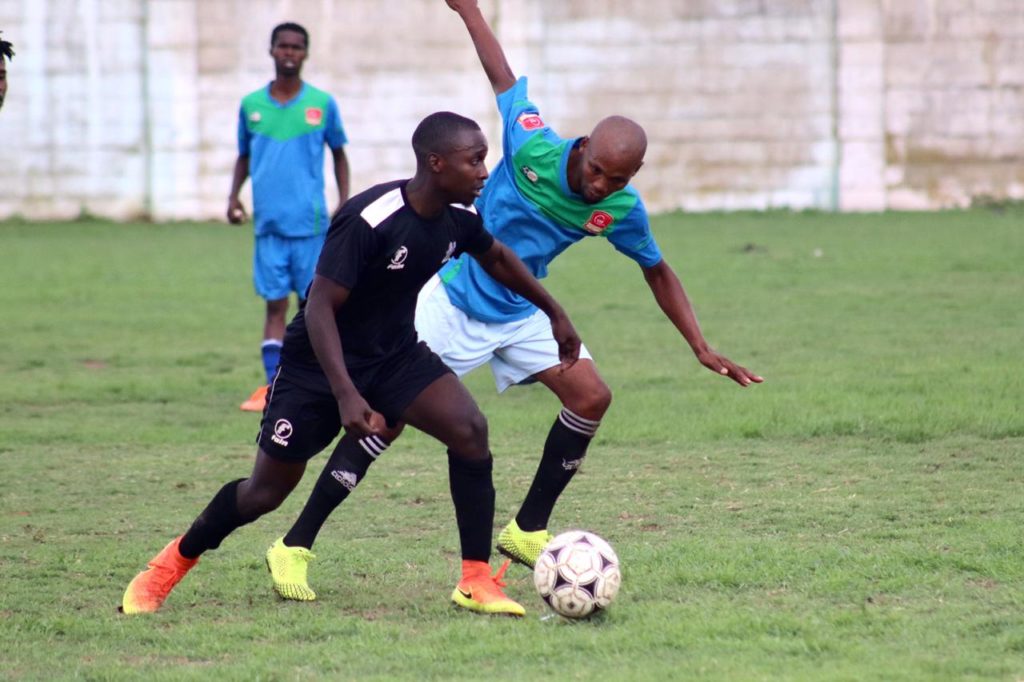 By CHRIS TOTOBELA
Makhanda experienced some heavy rain last week – which came as a huge relief. But football lovers did not enjoy it that much because it meant most of the weekend games were postponed.

No games were played on Saturday thanks to waterlogged pitches. On Sunday, only the games scheduled for A field were cancelled as that surface was unplayable. Only two games took place on the B field. First up was New Seekers against Love and Peace in the Makana LFA Premier league clash.

New Seekers ran riot, thrashing Love and Peace by six goals to one.

Next up was Newtown City against Rhodes University. The game started with both teams going at each other. Neither created clear-cut chances and they went to the halftime break goalless.

In the second half, Rhodes slowly gained control of midfield but City roughened things up a bit with their hard and often late tackles.

The referee seemed scared to show cautions to the players and nearly lost the control of the game.

City took the lead after a well taken free kick was sent back into the six yard area and found the head of Siyabonga Sompani who pushed into the back of the net at close range to open the scoring.

Rhodes made a couple of substitutions and started pushing more bodies forward in search of an equaliser. City’s defence stood firm but were finally beaten after a corner kick found unmarked Phumelela Booi, who steered it home with his head and caught everyone off guard to bring the score level. Rhodes looked hungrier for goals after that and piled on the pressure. City also had their own chances to kill the game but failed to make use of them.

Rhodes should have wrapped up the game earlier, but they tend to hold on to the ball a little longer while allowing opponents to regroup in the process. The game ended in a one-all draw. Both teams gave their all but could have done even better had they made use of all the chances they created. There is also a lot of positive that they can take through to their next games.

In a catch-up game on Tuesday night, Rhodes came from two goals down to snatch another important point. Rhodes hosted the youthful Sophia Stars team in a Makana LFA Premier league match. The hosts came back twice against a 10-man Stars team to finish the game at three goals apiece. This will be two points dropped for Rhodes, while it will be a valuable point for Stars.