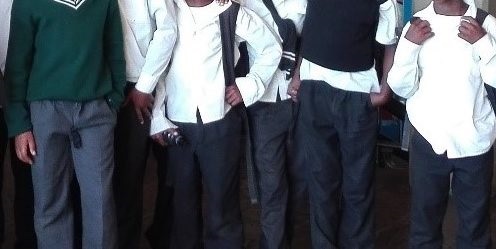 Samuel Ntsiko Primary School principal, Nombulelo Koliti, told Grocott’s Mail that they were excited to reopen at the start of the school year. Last year, they closed the school with plans for improvement on school subjects.

“We are eager to see if our plans will work accordingly. We are very serious about maths, and last year we got feedback from Rhodes that we have made improvements there. We hope to implement our maths clubs this year, and open a maths resource centre,” said Koliti.

Samuel Ntsiko’s main priority this year is to ensure the learners’ safety, and cameras will be installed in some areas of the school.

Koliti advised parents to be involved in their children’s education. She said covering the learners’ workbooks and attending meetings they’re called to at the school was a start.

“We’re under pressure with a teacher shortage,” Koliti said. “Parents should work with us and engage with their children about what they were doing at school. They have to make sure that when a child has lost his or her pencils or pens, they replace them.”

Fikizolo Primary School principal, Zoleka Kate was very pleased to reopen the school. She told Grocotts Mail that they were looking forward to the day and had more time to prepare as the schools did not open as early as last year.

“We are more prepared to take off with the year, the stationery and learners’ workbooks already arrived last year before we even closed the schools. We have more study methods we hope to achieve this year: we have programmes such as Funda-wande and Bakla-wande, that aim to help develop the children in reading and maths,” she said.

She, too, hopes parents will walk alongside their children throughout the year. She pleads for parents to attend to their children’s education and be in touch with what’s happening in their school lives. She prays that Makana’s water problems are resolved this year, as it badly affected their ability to successfully complete the school curriculum last year.