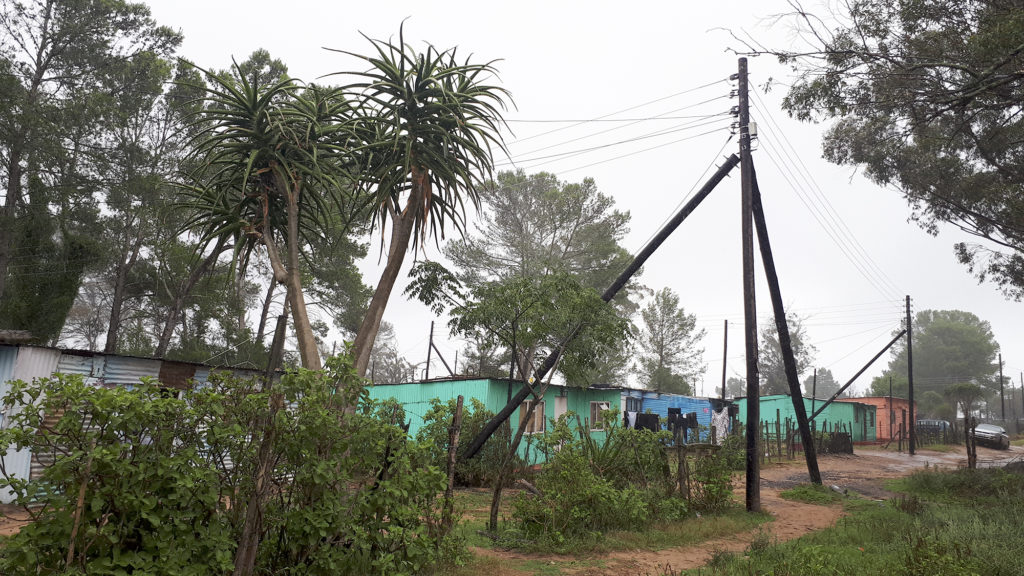 Sevenfountains residents fear that the deaths of a number of dogs last week may be due to poisoning. Photo (2019): Sue Maclennan

Dog owners in Sevenfountains want answers about the deaths of a number of dogs there last week. While some community members said at least 25 dogs had died in the village, the SPCA found only four bodies. Residents believe the dogs were poisoned; however, the SPCA has cautioned that this can only be confirmed through a post-mortem.

Sevenfountains resident Nosimphiwe Nkumanda said she was resting around 5pm on Wednesday 22 January when her 6-year-old daughter, in tears, ran to call her. Their two-year-old Alsatian-crossbreed dog was running desperately around the house, throwing herself against the walls and screaming in pain.

“After about 10 minutes, she fell down and died,” said Nkumunda.

“My daughter was devastated. She didn’t know what was going on. Later she told me that Ncumisa (the dog) had been wandering around the yard, and that she looked dizzy and confused.”

Nkumanda told Grocott’s Mail that their family wasn’t the only one affected. She confirmed the earlier account of fellow resident Siyabonga Bashe that 25 dogs, 32 chickens and a goat had died. All of them seemed to have suffered similar agonising deaths.

“I was the one collecting them,” she said. “All of us were worried. We really don’t know what happened – and then someone said 12 dogs died like this last year.

“I was the one who called the SPCA.”

Nkumanda suspects poisoning and says the source, if this is so, is unlikely to have been the rubbish dump. “It’s very far from here,” she said.

Bashe, who is also an EFF councillor in Makana, said animals had previously been poisoned in Sevenfountains. “Last year, 12 dogs died the same way as these,” Bashe said. “The Sevenfountains community is living in fear of this. Whoever is responsible for this terrible act will face the law.”

The SPCA, however, has warned against assuming poisoning as the cause. Chairperson Dr Amy Jackson-Moss, said, “The SPCA will only know for certain what the cause of death is following a thorough post mortem examination of each of the carcasses. Considering the number of deaths reported, poisoning is a likely possibility but there are a number of other factors that could cause death of a large number of animals within a confined area.”

Jackson-Moss said that while it was reported to the SPCA that 25 dogs had died in the Seven Fountains area, when the SPCA arrived last Thursday morning, the bodies of only four dogs could be found.

“Members of the community said that some dogs had already been buried,” Jackson-Moss said. “The four bodies that were found by the SPCA were removed for post mortem. The post mortems will be conducted by state veterinarians.”

Asked about the SPCA’s role in such cases, Jackson-Moss said, “The SPCA (with the assistance of the police) is responsible for enforcing the Animals Protection Act No 71 of 1962 which pertains to cruelty to animals by humans. Malicious poisoning of animals causes unnecessary suffering and is considered a form of cruelty. Any instance of suspected poisoning of animals requires thorough investigation by an SPCA inspector after receiving the complaint.”

In cases of animal cruelty, the SPCA is required to work closely with members of the police. This matter had been reported to the local police but no witnesses had come forward with any information.

“If a perpetrator were found, a case of animal cruelty would be opened against them in terms of the Animal Protections Act No 71 of 1962,” Jackson-Moss said.

“The SPCA inspector is responsible for gathering as much evidence as possible to support a case of animal cruelty. Evidence can be in the form of photos, videos or in the case of a suspected poisoning like this the carcasses would also be a vital piece of evidence.

“In this particular case, the SPCA have removed four bodies of affected dogs from the Seven Fountains area for post mortem. The post mortems will not be performed by the SPCA itself but will be done by local state veterinarians who are more experienced and knowledgeable in veterinary pathology. Tissue samples will be sent to various laboratories across the country if necessary to confirm a diagnosis and if in fact the dogs have died as a result of poisoning.”

“They did not open a case but reported the incident,” Tonjeni said. “They also reported that they will take four dead dogs for postmortem.”