An appeal not to appeal 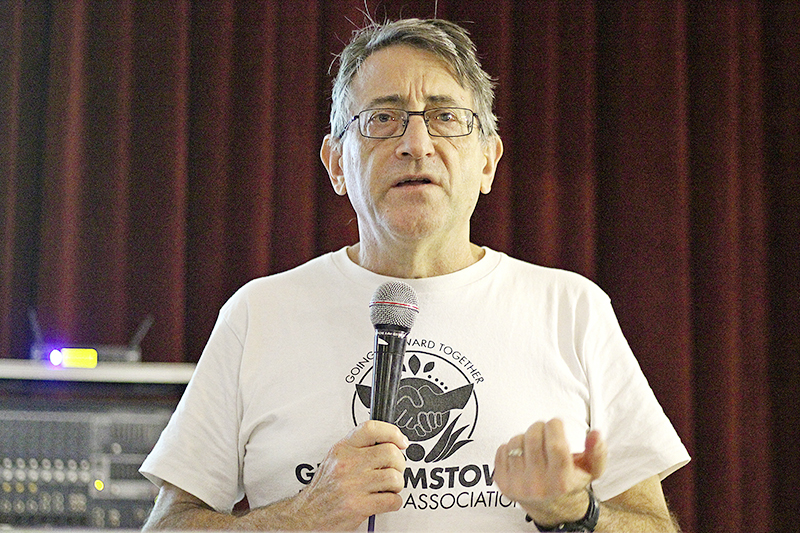 By Philip Machanick
Grahamstown Residents’ Association chair
A note on naming: We are informed that leave to appeal the name change of Grahamstown to Makhanda has been filed; GRA will hold off on changing our name while this is in process. GRA is disappointed that government is talking about appealing the recent judgement to dissolve council and appoint an administrator. As Justice Stretch points out the respondents do not dispute the facts.

The only arguments we have heard from government is that they can’t allow the judgement to stand because every municipality could face the same legal action and that improvements in the preceding 5 years had not been taken into account.

The latter point arose because the government side chose to base their case on technicalities rather than to argue the facts.

There have been some improvements. We have competent people in a few senior positions including the Chief Financial Officer and Water and Sanitation Manager. During Ted Pillay’s time, managers who were accused of serious misconduct and corruption left. Beaufort Street was resurfaced and funding to resurface major roads was subsequently announced. The current mayor is also a vast improvement on his two predecessors.

Nonetheless there are major problems. The landfill site is still not being managed and a case for contempt is working its way through the High Court. When Eskom threatened to cut our supply by up to14 hours per day, business, GBF and GRA took them and Makana to court. CFO Gerard Goliath came up with a settlement agreement that was more sustainable than previous agreements and he has since stuck to it. However: why did civil society have to go to court before he was able to do this? The best explanation is that he was being blocked from doing his job.

Another example: last year the mayor promised that December would be the month of rounding up stray animals and nothing happened. That suggests that the mayor is being undermined. More concerning is that not one but two critical infrastructure projects have since become mired in High Court actions. The first is the roads rehabilitation project and the second is the upgrade of James Kleynhans Water Treatment Works.

If this happens once, perhaps the company that lost out on a tender got lucky and found some information that led them to question the decision. If it happens twice, it creates the suspicion that an insider is sabotaging the government.

In short, there is evidence that internal resistance is undermining efforts to turn the municipality around. That calls for removal of the council as a factor in decision making until a new council can be elected and appointment of an outsider as administrator who is not tainted by any local factional politics.

The government side has also tried to turn the issue into solely a financial management issue. The Eskom story shows that this is not the whole picture. Another example is the work-refusal for 8 weeks early 2019 arising from Makana’s failure to supply health and safety equipment for workers. When the SAMWU forced this issue, the money was found.

There is also evidence of money going astray in areas where there are apparently resource shortages. Since early 2019, GRA has been trying to track down what happened to fifty 48kg gas cylinders ordered by Makana at a time when roads maintenance has been neglected for lack of funding. If this quantity of gas was used, why is there no visible result? What purpose could it have but melting tar?

The real issue is a lack of leadership and management. While there are some bright spots, management of waste, roads and parks is deeply problematic. In April 2019, Makana was looking into “integrating CWP and EPWP into municipal operations”.

I have heard that up to 1000 people are in these programmes; even if each of these people only worked a few hours per week, they could make massive inroads into the mess in the township. The overwhelming majority of potholes repaired in recent years have been projects of private money including Makana Revive and smaller groups. The CBD is also cleaner because of private initiatives but this cannot extend to the whole city because there is a limit to the scale of funding.

Finally, to the point that allowing the judgement to stand places every municipality at risk of similar action… Really? Surely this is not a defense of government but an indictment. We are a relatively poor country with high unemployment and a small tax base. That makes the task of government hard but not impossible. If the government simply implemented its own laws and systems and ensured accountability for failure, we would not be in this mess.

It is not as if our laws and constitutional order were imposed by space aliens – or are a relic of the apartheid or colonial eras. You can blame the latter for historical problems but not for failures of the government to implement its own processes.