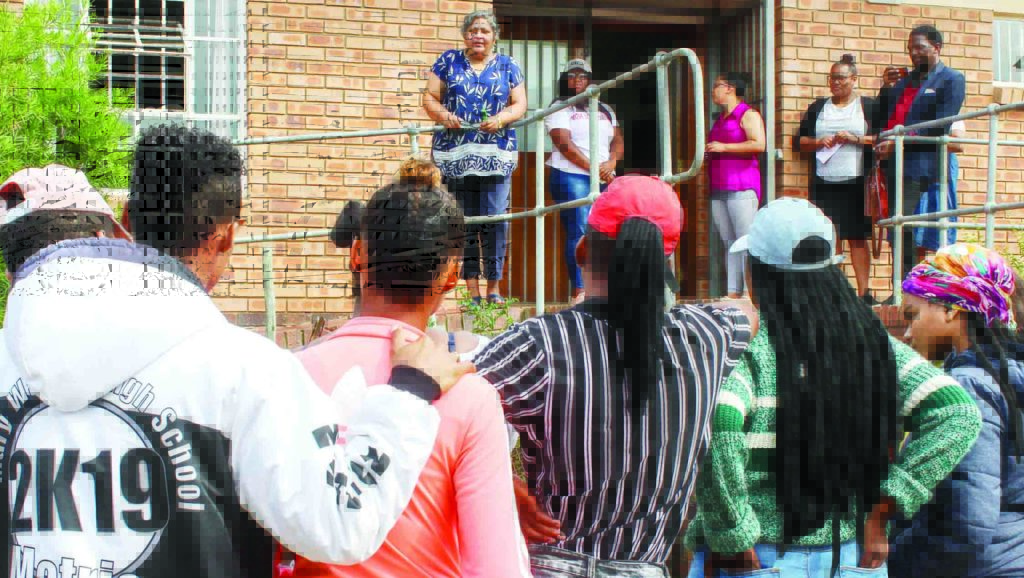 Their families applied for the SSP Scholarship. The application was an in-depth 10-month process, which included an entrance exam, interviews with her parents, and tests to assess her IQ and emotional quotient (EQ). It concluded with a finalist camp to assess peer interaction.

Born and raised in Makhanda, Vile who achieved 95% in isiXhosa and 81% in LO, played netball, basketball, hockey and squash and sang in various choirs. “My greatest motivation has been making myself proud, making my family proud and to make sure if I do something, I do it well and to the greatest of my ability.” Her love of sport has led to choosing physiotherapy as a career choice.

Her classmate, Pelela hails from a family of six children, born to a single mother. Pelela scored 94% in isiXhosa and 80% in LO. She was part of the school’s debating team, choir, string ensemble, sewing club and cooking club. She aims to become a chartered accountant, working for the Johannesburg Stock Exchange.

SSP’s primary goal is to nurture future leaders for South Africa. The scholarship programme includes tuition, personal mastery and mentorship. Pelela believes in the mentorship offered, saying, “It is a good idea that young people have someone to look up to and learn from. It is also essential that we have someone to guide us.”

The support given is not only academic; it also includes parental support. Orphans and vulnerable children (OVCs) are offered additional assistance. SSP has awarded over 1 500 academic scholarships since 2000. The scholarships given to date are valued at more than R150 million. Besides academic prowess, the children should be engaged in sport, involved in the community and display leadership potential. The combined household income of the child must not exceed R20 000 per month, to qualify.

Previous ArticleBut who will guard the guards themselves?
Next Article Kingswood launches the Pebble Project