Top of the MAWAS class against all odds 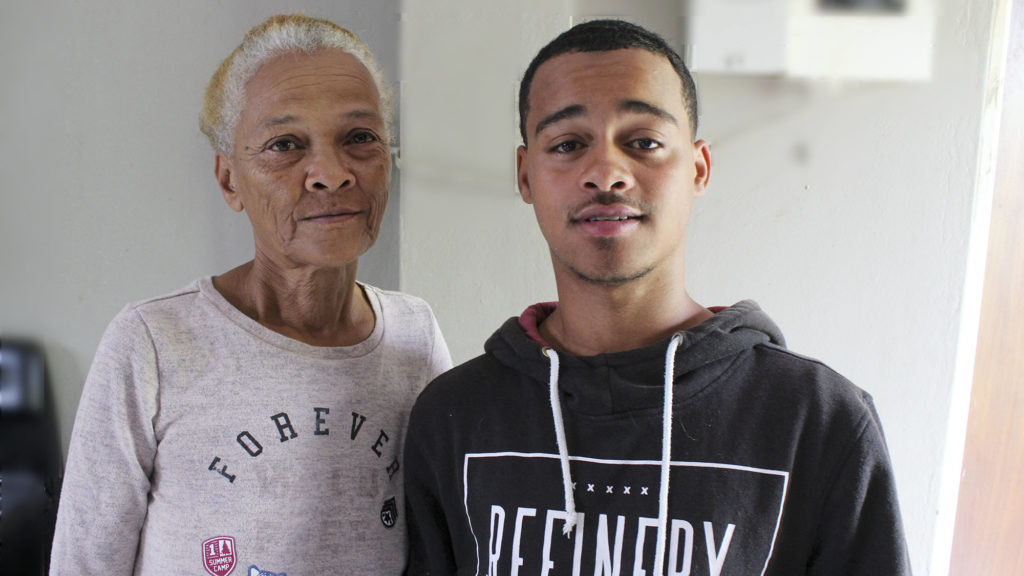 “I would look at people on the street – homeless whose only aim was to find the next meal – and I would say to myself, ‘In ten years time… that’s not going to be me.’”

Setting targets, establishing a routine, mentorship from the Gadra Education/ Rhodes University 9/10ths programme alongside the school’s own dedicated teachers, saw Cameron Edwards emerge as top matric at Mary Waters Secondary School. This was despite enduring one of the toughest years of his life.

Proud mom Carol Edwards recounts what was definitely one of the toughest years of her life – not least because she wasn’t at home to support her son during his exams.

“During Cameron’s September trial exams I was in hospital for a week,” she said.

Then, on 7 November as Cameron’s final exams were about to start, Carol experienced excruciating pain in her abdomen. She was diagnosed with a perforated ulcer, a medical emergency, and rushed to Liivingstone Hospital in Port Elizabeth.

“It was terrible,” she said. “The time I most wanted to be there to support Cameron, I was incapable. I couldn’t even be there for him.

“I was so worried – but I also knew he would make it because he’s very hard working.”

Cameron was naturally worried about his mom’s health. An older cousin was around to keep an eye on him at home and the family also had support from the congregation of the Grahamstown Baptist Church.

“I came out of hospital on the day of Cameron’s last exam,” Carol said.

Perhaps a frightening  experience five months earlier had reminded Cameron and his mom how resilient he was.

He’d gone to town to draw cash that Carol gave him for his matric ball. On his way back, at the station end of High Street, robbers took the cash, along with his cellphone, watch and wallet.

So he didn’t go to his ball.

“I didn’t have more money to give him,” Carol said.

Cameron not only made it against all odds: he made top of the 2019 class at Mary Waters. His recipe involved quite a lot of discipline.

“From the beginning of the year, I set myself study targets and I put them up on my wall,” he said. “Every day I reminded myself that every day was another chance to reach my dream.

“Focus on your goals and know what you want,” is Cameron’s advice to this year’s matrics.

Cameron plans to register for a degree at Rhodes University to become a teacher.

We think he’s going to be an inspiring one.