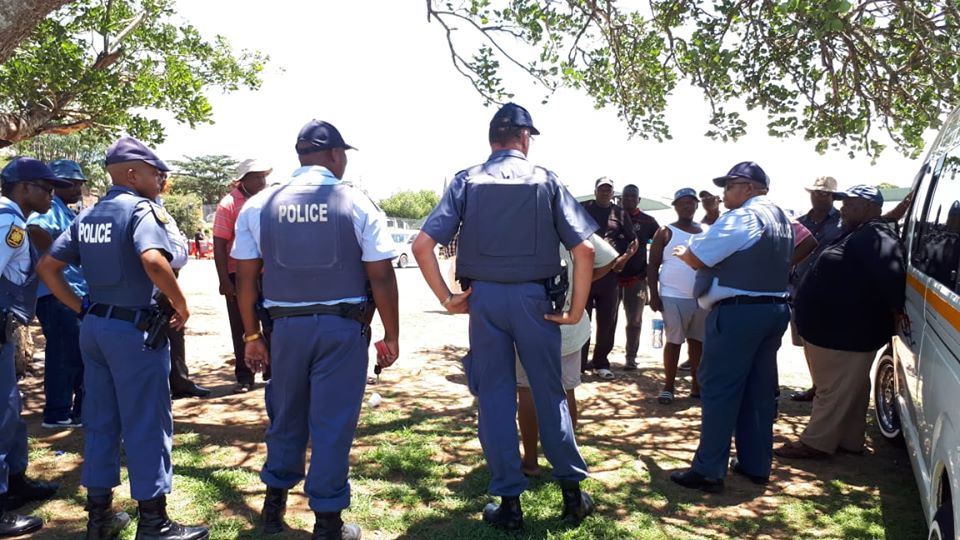 Taxi ranks in Makhanda have been operating normally since Sunday, when a high-level meeting between national representatives of the two taxi associations that operate here met with police.

Around midday on Thursday 16 January, the taxi rank behind Shoprite was closed and police on the scene were in discussion with taxi operators. Police later confirmed that Grahamstown Station Commander Colonel Pika had instructed the rank be closed pending resolution of the dispute between Border Alliance Taxi Association (BATA) and Uncedo. The dispute was about loading areas for long-distance taxis.

Both taxi associations on Thursday 23 January confirmed that the ranks have been operating normally since Sunday, when the associations’ national representatives came to Makhanda for a meeting with the police.

BATA’s local chairperson Dole Kondile last night told Grocott’s Mail, “Our headquarters came here on Sunday. They said this would be resolved by them.”

Uncedo chairperson Monde Sandi said, “Everything is normal for now, but we are still negotiating.”

They had agreed to a committee led by two members from both associations’ national office bearers to mediate and coordinate problem-solving meetings between the two parties.

“All the parties committed themselves to the resolutions of the meeting,” Tonjeni said.