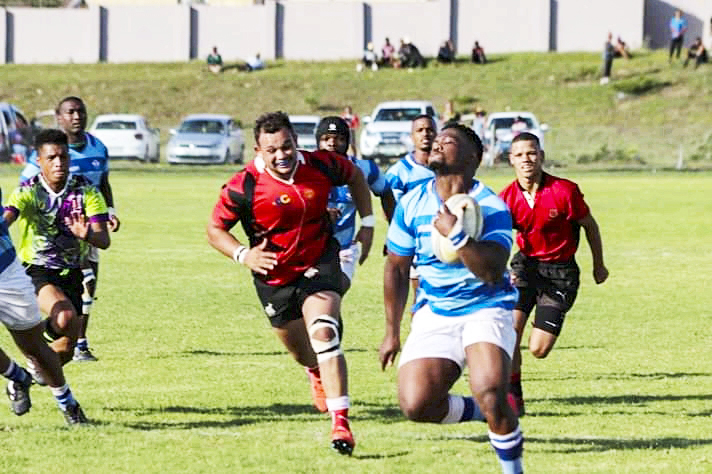 Trying Stars sent out a stern warning to the rest of the teams before the start of the Eastern Cape Super 14 Competition that kicks off this weekend. Stars outplayed Progress who are the reigning EPRU Super League Champs with a dominant 38-15 win in Alexandria on Saturday. Stars also took a firm 14-0 lead at halftime.

Stars show early signs of form and look ready for the tough Super League Competition that comprises the top seven teams from both EP and Border. The game, as expected, started at a very high pace and intensity as Progress dominated the first ten minutes but failed to break through. Stars scored two converted tries through their young back line. The first half was evenly contested as both teams played some incredible running rugby, but it was Stars who grabbed their chances the most.

Progress hit back shortly after the break to make it 14-5 in favour of the home side. Stars then scored 24 points to make the score 38-5 taking themselves into a very healthy lead, with 15 minutes remaining. Progress fought back and Stars discipline let them down when they received two yellow cards and finished the game with 13 men. Progress then scored two tries during that period – but it was all too late as Stars earned a well deserved 38-15 win, scoring six tries in the process.

Sheldrid Cannon the Head Coach of Stars is a very happy man after his side’s season-opening win. “There’s obviously a lot of work to be done and other aspects to work on ahead of the season. Our scrums and line outs were solid but our defence was not up to standard at times. Our discipline also needs attention with too many penalties and the two yellow cards.”