Rift over SAMWU statement on Makana 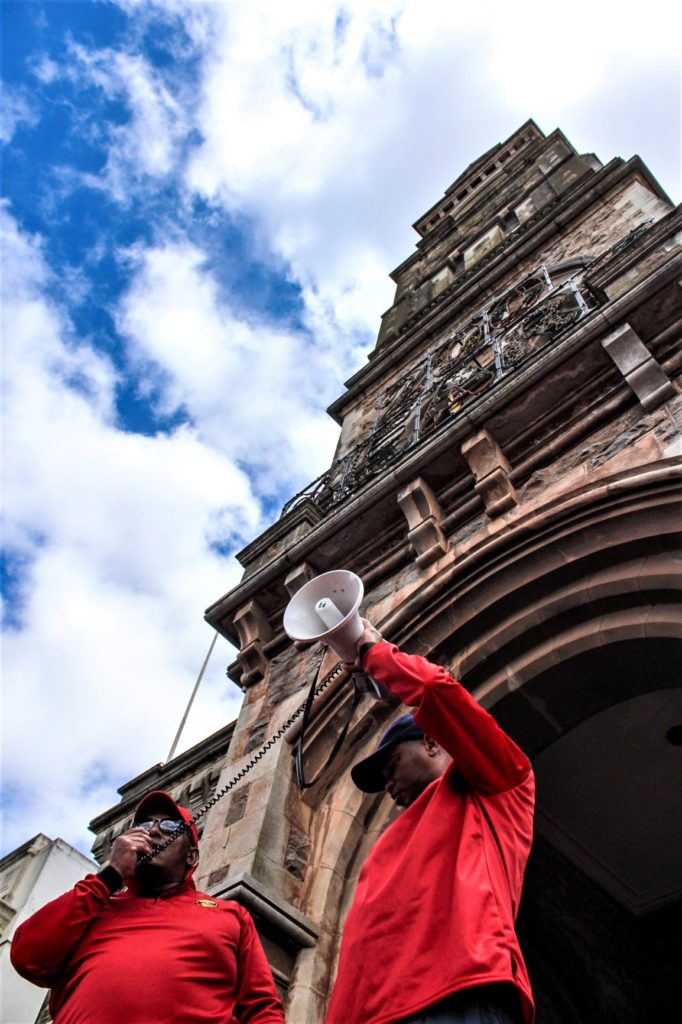 The South African Municipal Workers Union in Makana has distanced itself from a statement by its national office welcoming this week’s ruling to dissolve the Makana Council and appoint an administrator and slamming the provincial government for considering an appeal. Secretary Wandile Duruwe said said Thursday’s statement was made without a mandate and the local branch would issue a statement after consulting with its members.

Yesterday the SAMWU secretariat  issued a statement welcoming Judge Igna Stretch’s ruling handed down on Tuesday 14 January in the High Court in Makhanda.

The Judge’s two-page order – part of a 117-page judgment – said Makana had failed to provide services to the community in a sustainable manner, promote a safe and healthy environment, structure and manage its administration, budgeting and planning processes, prioritise the community’s needs and promote its social and economic development.

Makana Municipality had breached sections 152(1) and 153(a) of the Constitution and was therefore declared invalid. The Judge ordered the Province to immediately dissolve the Council, appoint an administrator until a new Council is elected and approve a temporary budget to keep Makana Municipality functional. The successful applicant was the Unemployed People’s Movement. The first respondent is the Premier of the Eastern Cape, among a list of 15 that includes the President.

The national SAMWU secretariat said in their statement the organisation had long classified Makana Local Municipality as a non-existent entity due to the collapse in service delivery and financial mismanagement at the municipality.

“Our frustrations with the municipality were heightened when the municipality issued [a]communique to workers that they would not be receiving their salaries for three consecutive  months,” the statement read.

The secretariat expressed surprise that both provincial and national COGTA departments, “with full knowledge and evidence of the municipality literally having collapsed” had opted to oppose this week’s order for Makana to be placed under administration, as had the provincial government.

The statement cautioned  the Provincial Government  not to proceed with its intentions to appeal the ruling, “as it will be a declaration of war against residents of Makanana and Municipal Workers who have been the worst affected by the dysfunctionality of Makana Local Municipality”.

The secretariat said, “As processes now unfold to appoint an administrator in the municipality, dissolve and elect a new council, we trust that the new administration will act in the interest of workers and communities they are supposed to serve. We further urge both provincial and national COGTA departments to provide the necessary support that the administrator and the new administration would require to ensure that service delivery is restarted at the municipality.”

Secretary of SAMWU in Makana, Wandile Duruwe, did not comment on the content of either the judgment or the SAMWU secretariat’s statement. However, he said the union’s Makana structure distanced itself from the SAMWU statement.

He emphasised that local members had not been consulted before the statement was issued.

“We are a mandate driven union and we did not get any mandate regarding the judgment,” Duruwe told Grocott’s Mail last night. “We stil have to call a general meeting for our members and bring in a legal person who will explain the judgment.

“Then we will take a decision and release a statement.”

Grocott’s Mail will continue to report on this matter.