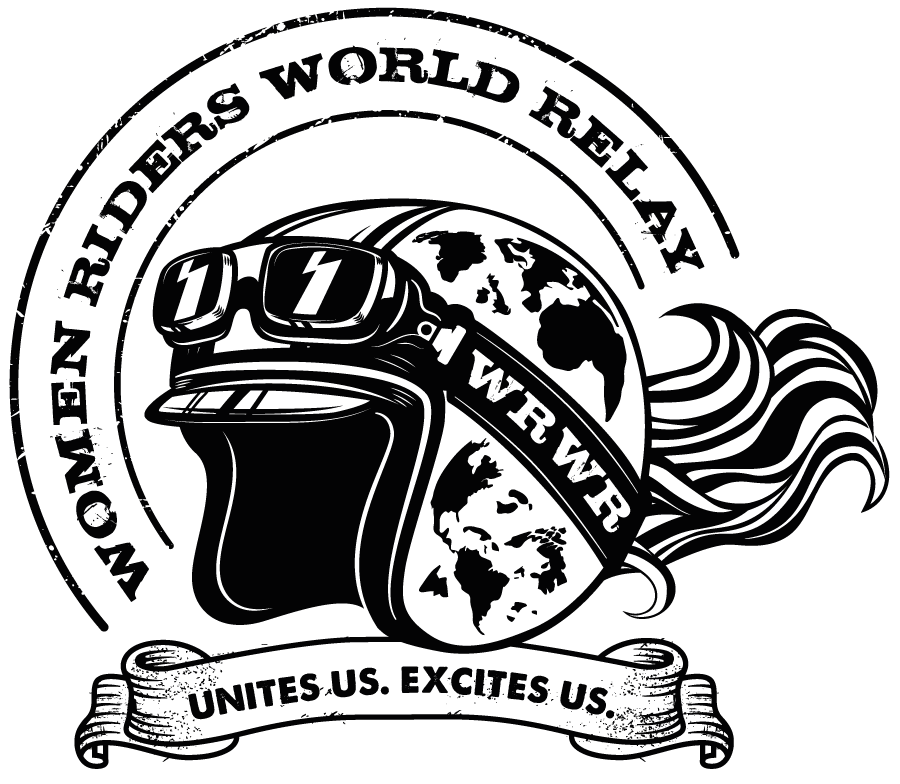 On Sunday 5 January, around 60 motorcyclists will roar into Makhanda.

Today, Saturday 4 January, Day 3 of the Women Riders World Relay’s South African leg, around 100 women rode their bikes from Blythedale Beach on the KZN North Coast to Matatiele on the eastern edge of the Eastern Cape. Tonight, Grocott’s Mail finally got to chat to WRWR SA ambassador Rialette van Niekerk.

It had been a heavy day.

“We got hailed on heavily between Port Shepstone and Kokstad and we’re covered in bruises. It looks like we’ve just come out of a piantball park!” Van Niekerk said.

Added to that, three Harley Davidsons broke down and one rider slipped in the rain and hail.

“Luckily she was okay though.”

Why do they put themselves through it? That had to be the next question.

“For the fun of riding and seeing South Africa,” Van Niekerk said. “Lots of us hadn’t seen any of this part of the country.”

Plus there’s the amazing cameraderie that’s developed sInce their journey began in Johannesburg three days ago.

“Over these three days we’ve had over 100 ladies riding with us, and their ages are from 25 to 68,” Van Niekerk said.

“It’s an inspiration to share their confidence and the nice positive vibe. And it’s eye opening to ride with some of those older riders: we’re still youngsters and at nearly 70, they’re still pushing it – so that’s cool!”

“The scenery – the amazing landscapes…  Jis’ but South Africa is beautiful!”

Van Niekerk said today she spent a few miles riding behind someone who had very much kept to herself.

“But every now and again, while we were riding, she was putting her hand out and it didn’t make sense to me because she was pointing to the sky, not to the mountains or the birds,” Van Niekerk said.

“When we stopped later I asked her.  She’s actually very shy.”

When she lifted her helmet visor, Van Niekerk saw she was crying.

“She told me she was so overwhelmed, she couldn’t help it: she had been thanking God as she was riding for the beauty she was seeing.”

Today, the other thing that lifted the group’s spirits was the attitudes of members of the public.

“With all of today’s difficulties, people stopped – they were willing to help.”

Van Niekerk’s backup is her husband.

“Plus my two children ride with me, so I’m lucky to have my family with me all the way.”

On Monday 6 January, some time between 6.30am and 7am, the WRWR baton will be handed over to one of the group, who will carry it for 100km before handing it over to someone new.

Their next stop after Makhanda is De Rust.

Their last night in their eight-day journey will be in Upington, on 9 January, where they’ll hand the baton to the Namibian WRWR ambassador.

What is the WRWR about?

The Women Riders World Relay is an international community of women bikers comprising more than 10 000 members from over 80 countries. They’re determined to achieve the largest recorded worldwide motorbike relay – it’s an official Guinness Book of Records event – and they have organisers, or ambassadors, across the world.

“I wanted to ignite a global sisterhood of inspirational women to promote courage, adventure, unity and passion for biking from all corners of the world and do something that’s never been done before to this scale,” UK-based founder Hayley Bell explains on the organisation’s website. “ My aim is to WOW the industry into realizing the global market for women in Motorsports and to inspire women worldwide.”

Bell said going into motorbike shops and seeing a lack of choice, “combined with stereotypical pink and being told ‘there just isn’t the market for women’” highlighted for her just one small element of a much bigger picture around women in motor sports.

“I want to show the industry the force behind the market that is so blindly overlooked.” – Source: https://womenridersworldrelay.com/about/