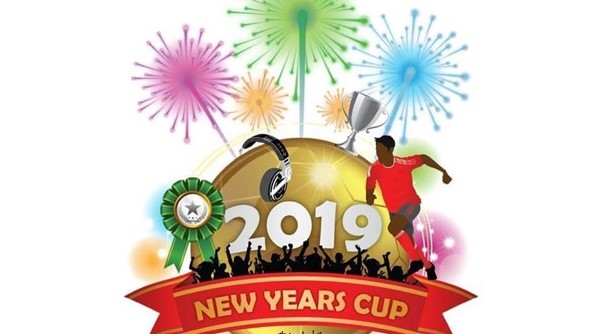 The stage is now set for the final showdown of the 2019 New Year’s Cup and JD Dlephu stadium will play host to two outstanding teams on New Year’s Eve. New Brighton Academy from Port Elizabeth will face Peddie Legends from Peddie in what promises to be a game and a half.

This one, unlike the previous ones, will be very close to call – but football lovers must rest assured that both teams will deliver a spectacle.

New Brighton Academy likes to build slowly from the back and their defenders are very comfortable on the ball. They also have a solid midfield which enjoys going forward a lot and can tear any team any day with their patient build-ups.

They have a lot of ball players in their team, but upfront are not as sharp as they are in midfield. As much as their defenders are comfortable on the ball, when it comes to defending, they are not convincing and have been exposed on several occasions. One of their strong points is that they do not panic: even when they are trailing, they keep their shape and play their own style of football.

Peddie Legends like to play at a high tempo. They use their quick wingers and strikers a lot when going forward. The speed at which they attack makes it difficult for opposition defenders to contain them.

The free role that is played by their top marksman, Mzoxolo “Etto” Rafane confuses a lot of teams, as they find it difficult to mark him.

It will be interesting to see how the Academy defenders will deal with the electrifying pace of the Legends attackers. Legends are also not as solid as they are supposed to be at the back.

Both teams boost very talented and intelligent midfielders who are capable of turning this final clash on its head.

Both teams will be eager to expose each other’s weaknesses.

Rafane will be making his fourth consecutive NYC final: he won it twice and lost it once and he believes that this will be his third gold medal.

“I think this tournament is in my blood. I have contested all the finals so far and with the help of God we will lift the trophy on Tuesday.

“It is not going to be easy, as we will be playing very good opponents but we will make the people of Peddie very proud.”

Lazola Cekiso, head coach of Peddie Legends said, “We have analysed them and we have noticed a few weaknesses in their team which we are planning to expose. Peddie people must get ready for the history that we will be making on Tuesday.”

Fans will surely be treated to football of the highest quality. One thing that is guaranteed is that both teams will display attacking football.

This encounter has all the ingredients of a great football match that will keep the fans on the edges of their seats for the entire game. It will depend who wants it more: whoever wants it more than the other will get it.

The third- and fourth-place playoff between Manchester United and home side MARU will be at 1pm. The final kicks off at 3pm.