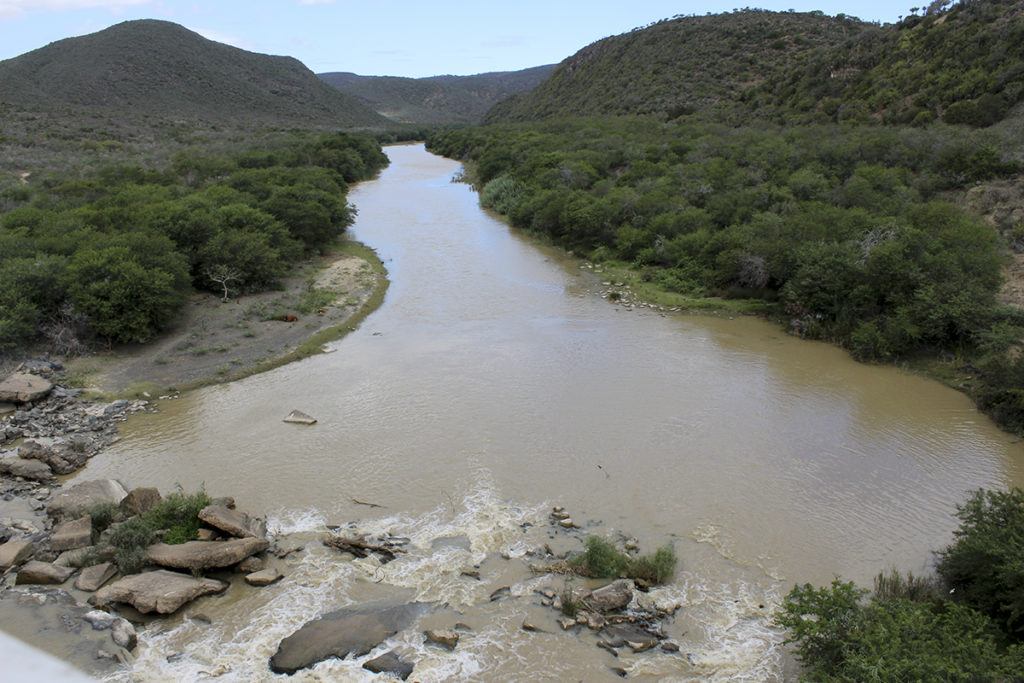 The Fish River from the N2 bridge, east of Makhanda (Grahamstown). The DWS answers questions about how the sewage spill from Cradock might affect this city. Photo: Sue Maclennan

Parliament has commended the Department of Water and Sanitation for its financial recovery plan, which includes a reduction in accruals and payables from R1 667 8871 in March 2019 to R808 460 on 31 October 2019.

Chairperson of Parliament’s Portfolio Committee on Human Settlements, Water and Sanitation, Machwene Semenya, said the plan gives the committee the assurance that the current leadership will be able to overcome the department’s long-standing challenges. Payment for services received ensured that service providers remained viable and that projects were completed.

In respect to debt owed to the department and its entities, the committee emphasised the need for constructive discussions coupled with strong implementation in areas of agreement to deal effectively with the debt and to assist water agencies to improve their balance sheet.

Meanwhile, the committee said it has noted the intention to exit the War on Leaks Programme, which has been an albatross to the department due to planning inefficiencies.

The programme was launched in 2015 in a bid to curb water losses which cost the country R7 billion a year.

Semenya said the department should improve its planning capacity, as the programme was meant to decrease non-revenue water. At 41%, this amounted to an estimated R9.9 billion in lost value.

The committee has welcomed the 86 guilty verdicts – including 13 dismissals, one demotion and various suspensions enforced against errant officials. – SAnews.gov.za

Previous ArticleNew Year’s Cup is here again!
Next Article Plan to be safe at the sea