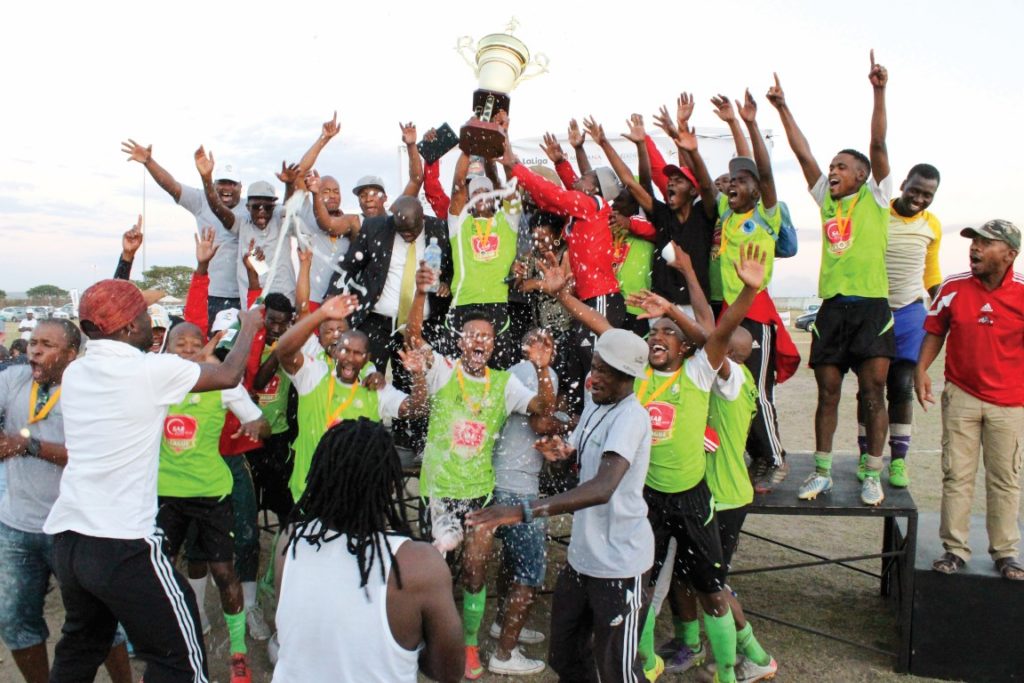 Maru players and management celebrate as they loft the New Years Cup winners trophy, after they beat Amavarara in the final of the inaugural New Year's Cup in 2016. Photo: Sue Maclennan

The New Year’s Cup soccer tournament is now in its fourth year.

The inaugural New Year’s Cup was launched in 2016 in Grahamstown (Makhanda) and attracted clubs from various provinces including North West. This year, teams from Gauteng and Eastern Cape Rural are expected to participate.

Although the 90 minutes of football remains the core of the event, its mission ventures beyond the field.

The event runs during the period 16 to 31 December and serves as a gathering place for the soccer-loving community.

The opening ceremony will take place at JD Dlephu Stadium in Joza on Monday 16 December from 9.30am to 6.30pm