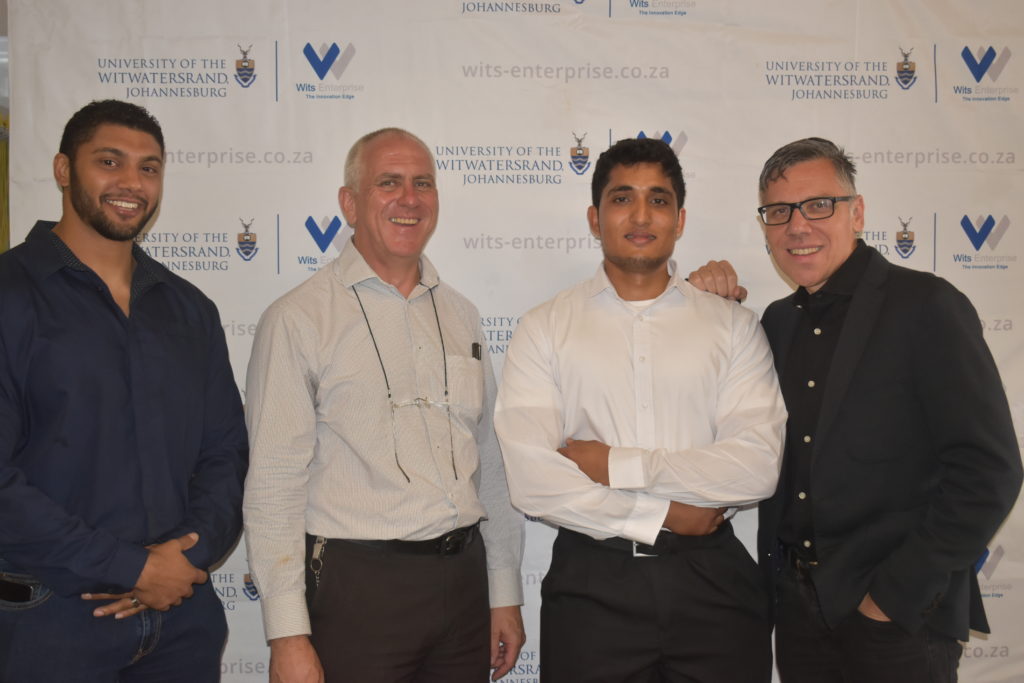 An engineering innovation that will soon be commercialised could revolutionise the way diifferent power sources are used in homes in rural and unserviced communities. The Personal Consumer grid innovation, developed by the WITS School of Electrical and Information Engineering, integrates renewable energy sources along with batteries and appliances, for the electrification of households in Africa.

This home electrical grid solution is expandable, which means that as a household is able to afford more solar panels/wind generators, batteries or 12V appliances, these components are easily added to the system, with no need for a trained person to make these changes.

In a media release, the University said that over the past four years, Professor Willie Cronje had led research into the solution to help address the challenge of electrification for homes that do not have access to a utility power grid.

Almost one billion people worldwide were in need of off-grid electrification and in Africa this problem was the most severe.

“In South Africa, at least 10% of the population is unlikely to be connected to the grid in the foreseeable future. This percentage is larger in other African countries,” the institution said.

The low load demand and dispersed nature of rural settlements (less than 38 people per square kilometer on average in Africa), as well as excessive and rising infrastructure costs, meant that extending conventional electricity networks was no longer viable to many rural areas. At the same time, there was a call to improve health and safety through mitigating the serious fire risk associated with the use of paraffin, candles and wood. In addition, the use of renewable energy sources addressed the need for reducing the carbon footprint.

“Current off-grid solar home solutions do not accommodate multiple or different types of power sources, and multiple or different types of batteries. They restrict the number of loads i.e. appliances that can be connected. The WITS solution, which works on 12V direct current, can accommodate multiple loads, power and battery components and no central controller, or configuration by a technician, is needed:- each unit self-configures as the ‘grid’ is expanded in a plug-and-play approach. We are now at the exciting commercialisation stage: after four years in the making, the technology is proven and a company has been formed to bring it to market,” said Cronje.

The WITS Technology Transfer Office assisted Cronje and his team to obtain a TIA seed fund grant for part of the R&D and then assisted in starting the commercialisation. This led to the establishment of a new spin-off company PeCo Power (Pty) Ltd (“Peco Power”) in October 2019. Umbono Natural Resources (Pty) Ltd (“Umbono”) became the commercial partner. With the assistance of Umbono, the team has concluded a pilot, and the learning gained from it will be used to finalise the system design so that the technology is commercially ready. PeCo Power has been established, and the intellectual property developed by WITS and Umbono will be transferred to it. This will enable it to continue the joint development and commercialisation process, whilst leveraging the partnership between WITS and Umbono to attract additional investment into PeCo to establish distribution partnerships.

“Basing the team at the Goldfields Lab will continue to provide the much needed technical incubation as we move towards full commercialisation,” said Kerwin Rana, Chief Executive of Umbono. “We are extremely excited to see a home-grown solution to real community problems, ultimately impact and radically change lives.”

Due to ease of use and scalability, the PeCo Power home grid solution has applications in several markets:

Muhammed Aswat, Engineering Manager of PeCo Power, said, “When I started working with Prof Willie Cronje on this solution as an undergraduate student, I was inspired. We have an opportunity to make a real impact in communities by literally lighting up lives throughout Africa whilst creating jobs and driving local economy through PeCo Power. Mohamed-Raees and I are the first employees and shareholders of PeCo Power through the WITS’ benefit sharing policy.”