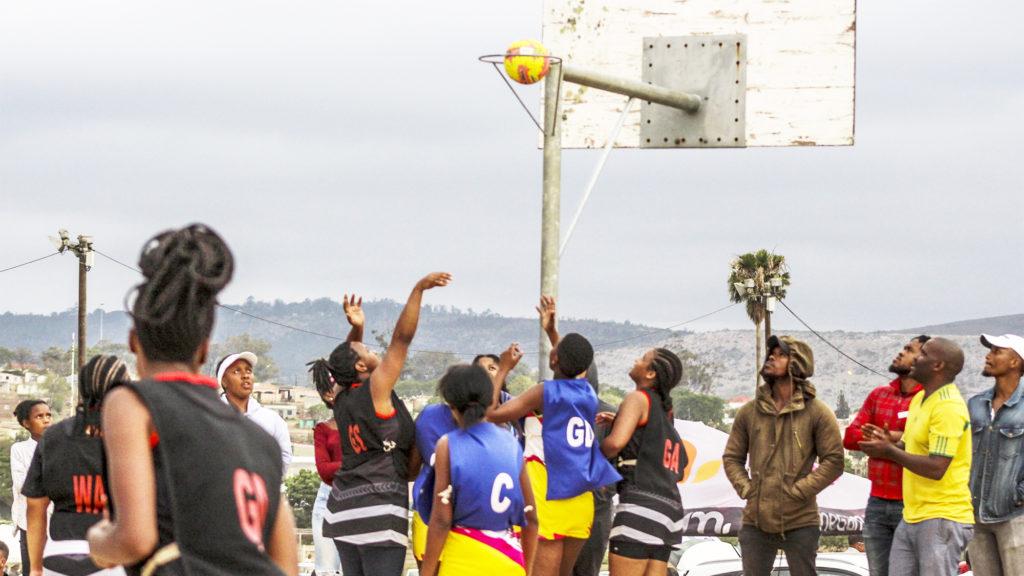 This year’s prestigious Goldrush Fabian Juries Community Fun Day was bigger and better than ever, and was packed with entertainment. Goldrush Bingo came on board as the title sponsor and provided much needed assistance to the organisers, Grahamstown Brumbies Rugby Club, as well as the community at large.

Goldrush Currie Park Rebels and Goldrush Tantyi Rangers were crowned joint Champions at the 10s rugby event and shared the prestigious Cup. This came after the organisers dealt swiftly with an incident that put paid to a much anticipated final – but that came at the end of a day clearly enjoyed by dozens of sportsmen and women and their supporters and families.

This popular event, named after well-known local, national and international 7s role model Fabian Juries, is without doubt one of the biggest in the Eastern Cape, and has grown even bigger this year. The Oval sports ground was full to capacity as thousands came from all over the Eastern Cape to support their teams.

There was an abundance of talent on show and it was once again evident on Saturday that Makhanda possesses talented rugby and netball players. Many young players got exposure in an atmosphere that was electrifying.

The rugby started with a bang as defending champions Goldrush Cellotape Eagles were stunned by Goldrush Currie Park Rebels 10-14 in the opening game of the day. Cellotape started off at a high pace leading 10-0 but Rebels came back in the second half and upset the favourites.

Two-time champs Currie Park Rebels (2014 and 2015) again looked liked their old selves throughout the day and their experience carried them through.

The derby between Goldrush Tantyi Rangers and Goldrush Fingo Villagers ended in a 22-5 victory for the Rangers.

In the other derby of the day, Goldrush Currie Park Rebels got the better of a youthful and
exciting Goldrush Ghost Town Lions by 17-14.

With games all tightly contested affairs, the result of the final pool game still had a bearing on the semi finalists. Cellotape came out 29-0 victors against the Leopards to end top in Pool A and
progress to the semi finals.

The first semifinal saw Currie Park Rebels getting the better of Fingo Villagers by 5-0 in a closely contested affair. Rebels’ experience carried them through as the speedsters in their side came to the fore.

Tantyi Rangers showed that resolute defence could be a game changer in the second semi final. They piled the pressure on defending champions Cellotape, and took the one chance they had to win 7-0.

The fitness and solid defence of the Rangers youngsters was the difference on the day. The stars and big names of Cellotape couldn’t get through Tantyi’s defence. The defending champs’ frustration resulted in their not scoring any points.

Fabian Juries thanked everyone who supported the event and those who contributed to the
success of the day, especially the sponsors.

“Well done to all the participating teams who looked very nice and professional in their newly sponsored kit,” Juries said.

“Thanks to Goldrush for their contribution towards the event. It surely made a vast and enormous difference that put a smile on the faces of teams and their supporters. I also would like to thank the different areas’ supporters who came out in full support, which contributed to the fantastic atmosphere on the day. We hope next year’s
event will be even bigger and better.”

Nearly all of the players involved were locally based, which augurs well for the future of rugby and netball in Makhanda.