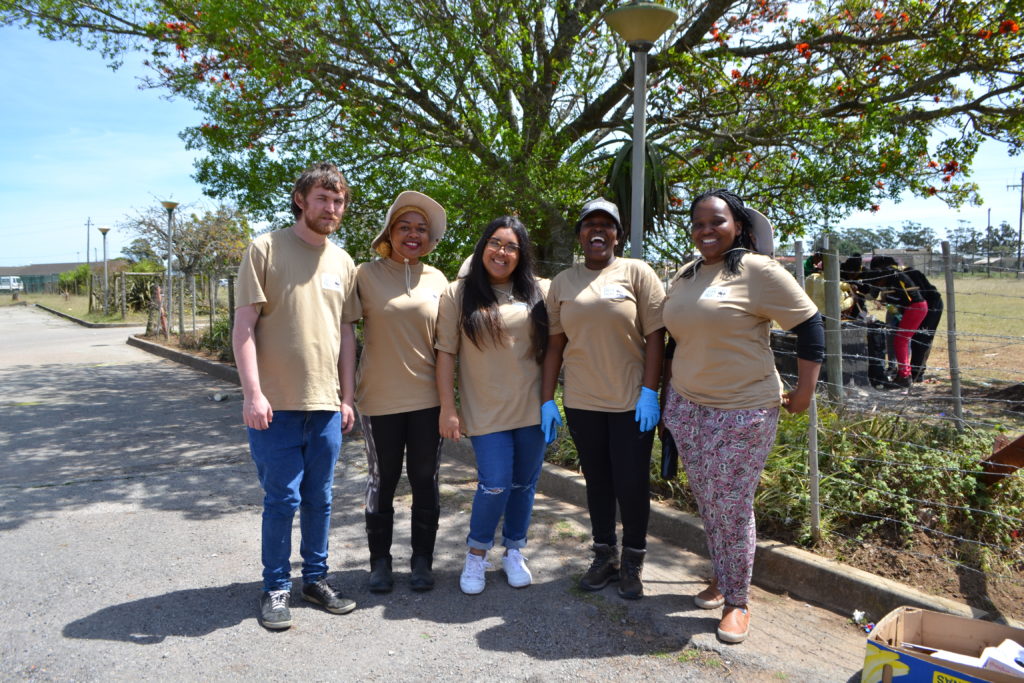 By Aseeqah Davids
As part of their internship, World Wildlife Fund (WWF) interns, placed at various research institutes around the country, are mandated to run an environmental outreach initiative in their community. Interns based at NRF-SAIAB in Makhanda/ Grahamstown and at Eastern Cape Parks and Tourism in East London recognised that plastic pollution is a very big problem, and that this problem is particularly exaggerated in Makhanda/ Grahamstown East.

On Saturday 12th October 2019, the WWF interns ran a plastics clean up initiative, on the stretch of land behind Nombulelo Secondary School. Learners from both Nombulelo and Ntsika Secondary Schools joined in on the fun. The plan was to educate the learners on the effects of plastic on the environment and also introduce them to the concept of eco-bricks and how to make them.

The interns, however, realised that they could not effectively run the initiative on their own, and sought collaborations with the Makana Plastics Action Group (MPAG) and Ikhala Veterinary Clinic. The learners were very interactive and engaged in various activities.  It was a day full of teaching, learning and fun. The MPAG presented on the issues of plastic waste and its effect on the environment while Ikhala Veterinary Clinic held both a presentation and workshop on making eco-bricks. Learners used the rubbish that they collected on the day to make the eco-bricks.

As a group, we would like to thank everyone who supported this initiative. Special thanks to our partners: MPAG, Ikhala Veterinary Clinic, Nombulelo Secondary School and Ntsika Secondary School as well as big thanks to our sponsors: Country Fresh Foods, Redwood Spur, Romans Pizza and SkipGo Grahamstown. Without them, this day would not have been a success.

Previous ArticleHow risky is radiation from cellphones and towers?
Next Article Becoming more resilient to stress