Water levels drop below half in three provinces 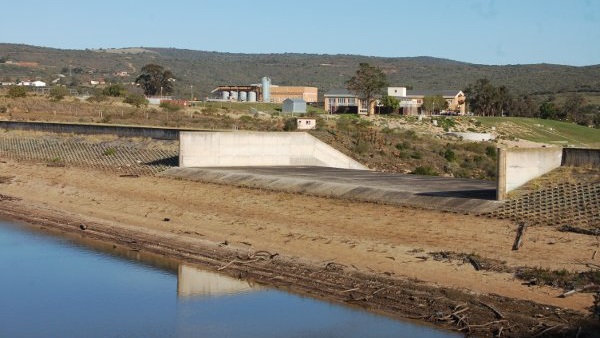 The current hot temperatures in major parts of the country have plunged three provinces to stress levels as their dam levels dropped to below half in the past two weeks.

According to the Department of Water and Sanitation report, the dam levels in Limpopo, Eastern Cape and North West have plummeted to below 50% in two weeks, amid fears that the situation may deteriorate unless rain comes soon.

The Eastern Cape and North West provinces’ dam levels have dropped to below 50%, a few days after Limpopo dropped to 49.8%.

The Joe Gqabi district, with eight towns under its jurisdiction, is the latest to join the drought-stricken areas in the Eastern Cape. The Orange River which runs through Aliwal North, Ugie, Mount Fletcher, Mclean, Lady Grey, Barkly East and Burgersdorp, is completely dry and most of the affected towns now rely on groundwater and water tankers.

Last week, the Provincial Government declared the water situation in the province a provincial disaster, which means that water funding is now prioritised to avert catastrophe.

Human Settlements, Water and Sanitation Minister Lindiwe Sisulu last week assured South Africans that there was no need to panic “as long as water users used it wisely and sparingly until the normal summer rainfall”.

Scientists have projected above normal rains between the months of December 2019 and February 2020.

However, these are likely to cause localised flooding.

It is predicted that the current hot temperatures are likely to continue until the end of summer, with the exception of the Western Cape, which has received heavy winter downpours since May.

The rest of the country has had sporadic rainfalls that have made little or no impact on the dam levels.

Sisulu said South Africans should increase their water conservation efforts and change their consumption patterns of this scarce resource in order to cope with the situation. – SAnews.gov.za

Previous ArticleCapital gets a taste of victory
Next Article Who do you say I am?