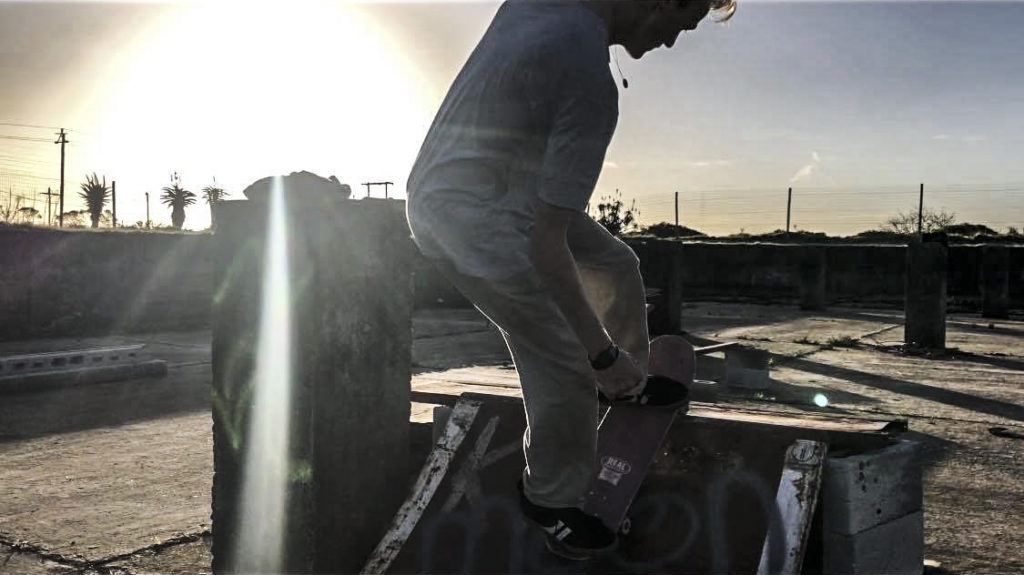 The movers behind a local skateboard park have asked for the public to be on the lookout for two large sections of the ramp that have gone missing. Liam Harwood, of student-led organisation Skate Ubuntu, said two red quarter pipes, each 1.5 metres wide by 2m long, were on Thursday 31 October discovered to be missing from the Power Station skatepark. The city’s old power plant, which last operated as such in the 1970s, is now a National Arts Festival venue and home to the Black Power Station music, art and literature creative project. It was chosen as a site for the installation of ramps donated by Port Alfred non-profit organisation Nemato Change A Life to local NPO, Skate Ubuntu. Both organisations primarily serve township youth.

Skate Ubuntu is a Rhodes student-initiated and –run project to get Makhanda youngsters up and skateboarding. Nemato Change A Life’s programmes are based on social change through sport.

“We have plans for a concrete park in Hlalani in 2020 but need more donations before that happens,” said Skate Ubuntu’s Liam Harwood. “The power station park was meant to be a side project combining Nemato Change a Life and Skate Ubuntu.”

Key to that connection was Port Alfred based surfing coach and skateboarding activist David Macgregor, who explained how the ramps had come to Makhanda.

“This equipment was going to be used in Port Alfred along with other equipment. We had a whole skatepark donated to Nemato by Martin and Linda Bekker, owners of the award-winning Royal St Andrew’s Hotel and Spa, but could not get land,” Macgregor told Grocott’s Mail.

They decided to donate some of it to Makhanda, which had the opposite problem: they had a venue but no equipment.

“We are an NPO started by students so most of our admin and events comes from our own pockets,” Harwood explained. “David kindly donated the ramps, as he had trouble with a location for the park that was originally from Skate Lab in George.”

Macgregor was outraged at the theft.

“It is so wrong,” Macgregor said.  “The equipment was a donation from us in Port Alfred to try help the youth of Grahamstown get ahead.

“They must have had a truck to steal it.” Macgregor said. “It saddens me immensely and I am sure someone knows about it and where they are. If they are returned in tact, the matter will rest there.”

At the time of publishing, Harwood had not yet reported the theft to the police, but said he would do so. Meanwhile, if any member of the public sees the ramps, they can call Harwood at 0788021524 or Macgregor at 0823354764.

“If you know someone who has them, please tell them that if they return them intact, there will be no questions asked,” Macgregor said.

In the introduction to Skate Ubuntu’s video featuring children from CM Vellem Primary School learning to skateboard, Harwood wrote: “Skate boarding can help children’s mobility in a creative way. Everything takes an artistic or creative mind to do – you have to be able to come up with ideas. This is why we push on a piece of wood, and ride on a piece of wood. It’s crazy what something so simple can do to your spirit.”