Everyone and their dog… for a good cause! 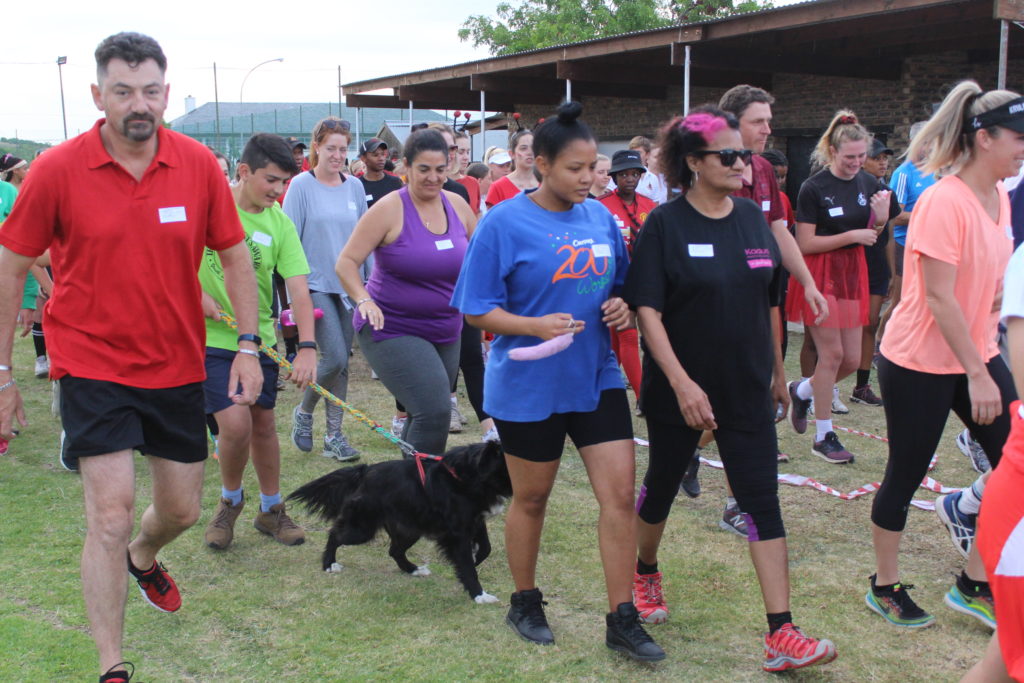 Wigs, tutus and bathing suits, alongside some serious leg power (some of it in tutus…) took to the road on Thursday 24 October in the Rapportryers 5km Fun Run.

The annual event, a partnership between the local Rapportryers Club and PJ Olivier, is a favourite among local schools, who use it as an opportunity for their new school leadership teams to bond, and for fellowship among the town’s schools. Lots of wagging tails joined the fun, as many brought their dogs for a super-sociable walk.

Many among the 378 participants took things a lot less seriously, as they walked, jogged, danced, laughed and barked their way through Sunnyside’s streets. Sid Penney juggled his camera and a microphone, keeping things lively as event MC – a job he’s made his own – with plenty of banter about donkeys, potholes and more.

The first 100 finishers received a medal and everyone received fruit juice and almost every participant received a lucky draw prize. This year’s beneficiary was the PJ Olivier Tennis Court Fund, which received R 10 000.