SA must save 600 million litres a day 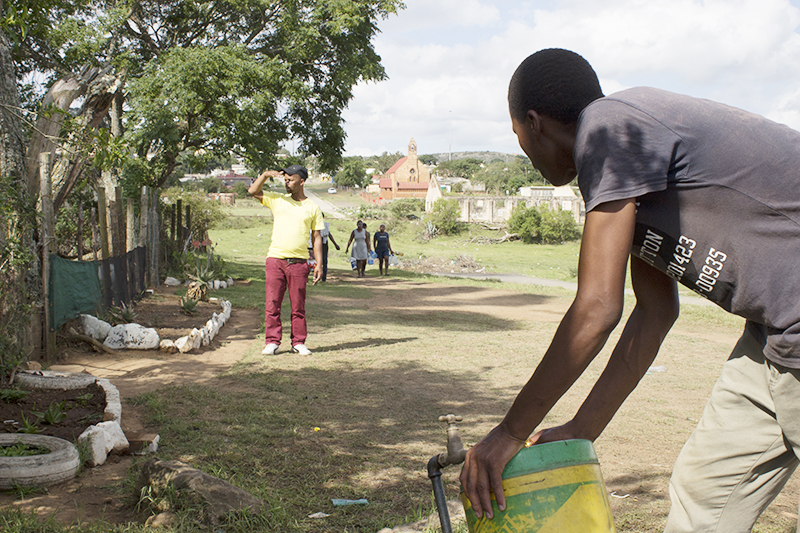 A man fills his bucket at Mission during Makhanda's prolonged water outage in February 2019. South Africa needs to use 600 megalitres a day less for our supply to sustain us. Photo (February 2019): Sue Maclennan

Climate change is a reality, says Lindiwe Sisulu, and citizens need to act urgently to save water. In fact, South Africans need to use 600 million litres a day less for the country’s supply to remain sustainable. That’s the equivalent of 240 Olympic-sized swimming pools every day – a reduction of 12%.

Minister of Human Settlements, Water and Sanitation, Sisulu addressed a media briefing at Rand Water in Glenvista, Joburg, on Monday 28 October, where she called on all South Africans to take collective action to save water.

South Africa was one of the countries feeling the effects of climate change, Sisulu said and water users must do whatever was necessary to ensure water was conserved.

“There will not be a need for water shedding if water consumers adhered to calls to save water,” Sisulu said. “There is no need for the public to panic at this stage [but]it is imperative for water consumers to be prudent in the way they use water.”

The CEO of Rand Water, Sipho Mosai, said it was critical that national consumption be reduced from 5000  to 4400 megalitres a day. This reduction (of 600 million litres, or 600 megalitres) would ensure continued water security for the country, Mosai said.

The saving of 600 million litres is the equivalent of saving 240 Olympic sized pools every day.

Currently, the 55 million South Africans use (on average) 91 litres per person per day. If they reduce it by 12% as Sisulu suggests, they will use 80 litres per day.

This is an average across the country, however, that includes the huge amounts of water consumed by industry.

Here in Makana Municipality, drought has emptied dams and the supply from the Orange/ Fish River scheme via James Kleynhans Water Treatment Works is currently limited to 13 megalitres a day. In Makhanda, residents remain restricted to using 25 litres a day. – Additional reporting by Steven Lang