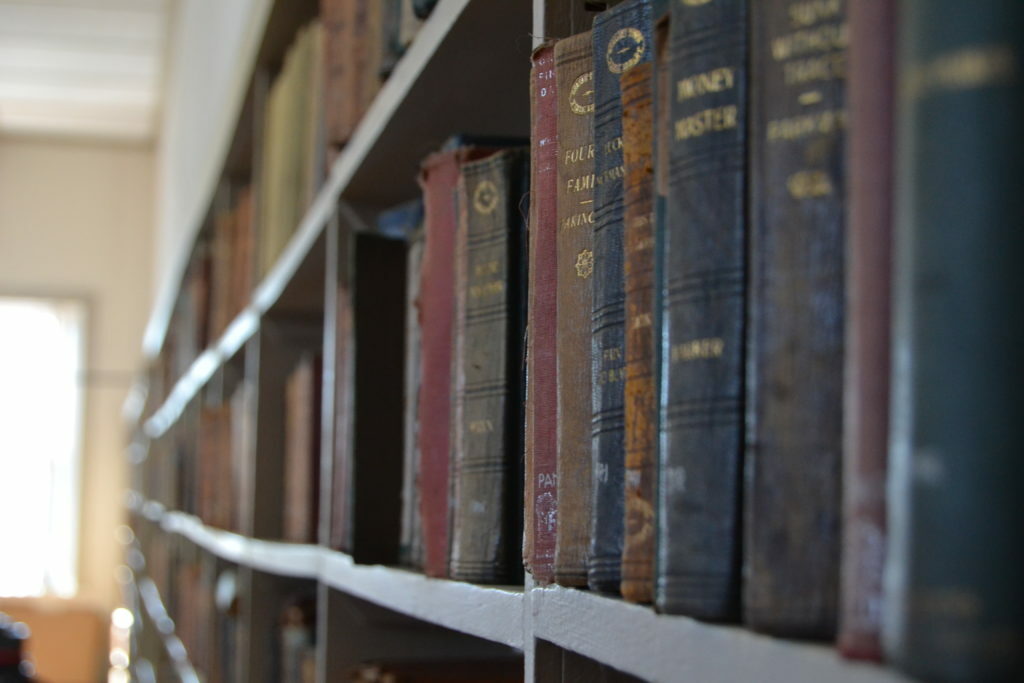 There’s a funding crisis with libraries in the Eastern Cape. But what happens when R175 000, raised by a community trust for new books, disappears?

Dating from around the opening of the Hill Street Library in the 1840s, the valuable books included several travel stories, old geographical guides, “Yellow books” which are bound magazines and some popular Victorian-era fiction of the time.

The money raised from the book sale was to go towards purchasing new books for the four Makana libraries at the time. The municipality would control the fund and 20% of the interest earned on the capital amount of R175 000 would be spent twice a year.

The decision to sell the books was a hard one to make, said Hartzenberg: “It was a pity we had to sell the books. The Rhodes University Library did not have capacity at the time [to take the books], and we were not getting enough money from the province.”

Hartzenberg drew up a policy statement which stipulated how the money from the sale of the Old Books would be used and when. However, after the purchase of several tranches of books in 2006 and again in 2014, the fund disappeared resulting in several FOL committee members searching for the missing thousands.

Five years after the Old Book Fund was created, Council’s community services portfolio committee, which oversees libraries, decided that the whereabouts of the fund needed to be investigated. Meeting minutes from May 4, 2010 record this.

By the end of that year, Makana officials had promised to report back on the available funds in the Old Book Account. By 2011, the fund had accumulated R60 000 worth of interest on a principal amount of R175 000.

FOL and the librarians at Duna, Fingo and the Middle Terrace Community Library hoped to receive R8000 each from the Old Book Fund to purchase new books in 2011. But just under half the promised amount was diverted to set up the mobile library, a “library on wheels”, which became inoperational in 2015 following an accident. Makana still has no mobile library, four years later.

Meeting minutes from 30 September 2014 stated that each of the Makana libraries would need to reapply for their R6000 from the Old Book Fund. This after Makana’s non-emergency funds and accounts were temporarily frozen when the municipality was placed under administration.

One year later, FOL meeting minutes detail Njilo confirming that the Makana libraries still had access to the fund; however, after the meeting, FOL, Njilo and the library advisory committee lost sight of the fund.

The need for additional funding

In terms of Schedule 5A of the Constitution, the provincial government is responsible for public libraries, which includes the purchasing of new books for these libraries.

For the past 23 years, however, municipalities have continued to fund libraries, even though they have no mandate to do so.

Although the provincial Department of Sports, Recreation, Arts and Culture (DSRAC) in the Eastern Cape continues to supply libraries with new books, many librarians complain that they do not receive enough, nor appropriate kinds of books for their readerships.

A former librarian and co-founder of the Makana Friends of the Library with Hartzenberg, Liz de Wet said the department would send regular consignments of 300 books to the main library in the early 1990s.

The number libraries receive now has dwindled to between 150 to 200 books a year, according to several Makana librarians.

DSRAC has justified its actions stating that established libraries are receiving fewer books so new libraries in under-served areas can be stocked.

According to the government-funded Cornerstone report from 2013, if the Eastern Cape wanted to provide library services equitably throughout the province, it would need 726 libraries. It currently has just over 200.

Since 1999, FOL has stepped in to support Makana libraries with additional reading and audio material.

It was expected that the 2005 Old Book Fund would supply the head librarian with more funds to purchase books directly for the now seven Makana libraries.

On a yearly average, FOL contributes about R2500 to each of the Makana libraries, but this is a small contribution compared to what the department used to contribute to the libraries and what the Old Book Fund could supplement.

Three years later, it appears that the funds have been found.

The Old Book Fund, along with a number of other small funds “disappeared” from the accounting books when the municipality changed to a new accounting system, explained Makana spokesperson Yoliswa Ramokolo.

In the new GRAP Accounting Standards the funds were placed in a separate account, rather than the general ledger used in Fund Accounting, which carried both revenue and expenditure – “like a personal bank account” said Ramokolo.

Njilo told Grocott’s Mail that she is very happy with the outcome, and Library Services will be able to spend the remaining amount of over R80 000 from next year.

The last time the Old Book Fund was used was four years ago, said Njilo.