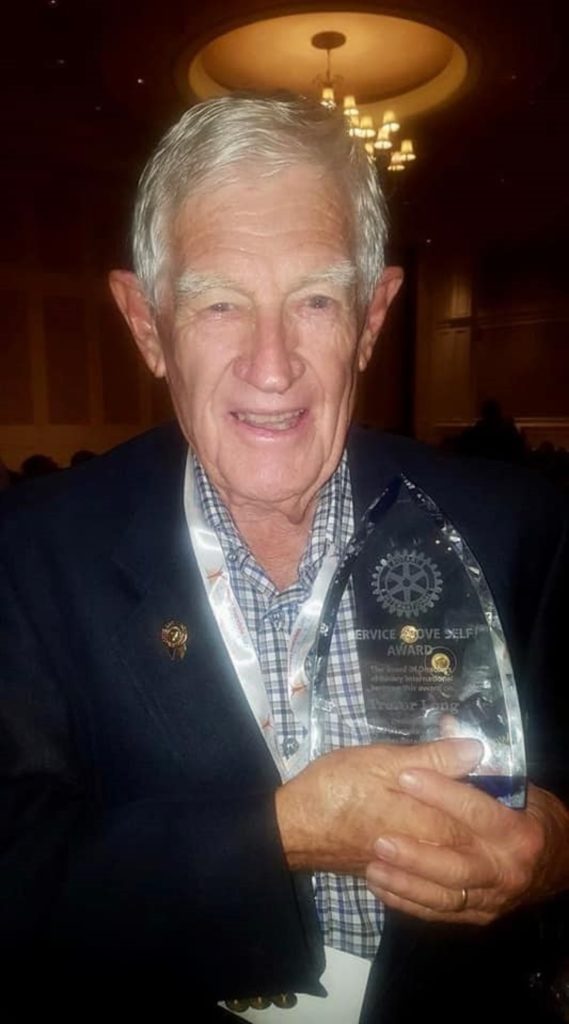 In July 1976, following Ms Kitty Richardson’s 25-year tenure, Trevor Long became VG’s eighth principal. A Makhanda (Grahamstown) local, he matriculated at Graeme College and studied a Bachelor of Science at Rhodes University. After several years serving as the headmaster of Cathcart High School, he returned home to assume the role of principal at VG.

Mr Long was strongly committed to education and was considered a visionary leader who successfully steered the school through many changes over the years. Some were small, like the introduction of the Wider Education Programme (WEP) and the addition of a broader co-curricular programme, both of which we still enjoy today. The reduction of the number of school houses from six to four and the introduction of the nine-day cycle were two more changes effected by his leadership as well as, the purchasing of VG’s first school bus.

But one of the most notable changes was the matter of the school buildings in which we presently find ourselves. By the late 1970s, Mr Long and the School Committee began lobbying in earnest for the old Graeme buildings, out of which Graeme College had moved to their new premises in 1973, to be completely redeveloped and given to VG. What followed was ten years of hard work and persistence which paid off, and the handover of the beautifully restored and vastly extended old Graeme buildings, which included Eleanor Brown and Renfrew houses, took place on 21 April 1986.

In 1991 VG became fully integrated and inclusive in both school and hostel life. Around this time, Mr Long noted: “Our young people are learning to know each other and each other’s ways. They soon discover they are more alike than unalike. They experience joy about the same things, they all like to succeed, they all enjoy a party, they all like to be held in esteem by their peers and the same things make them sad.” This commitment to inclusivity, adaptability and empowerment of young women, as advocated by Mr Long, continues to be at the heart of the VG ethos in the 21st century.

After 21 years as the principal, Mr Long retired in 1997, VG’s centenary year. He was secure in the knowledge that the education VG offered its girls, had managed to keep abreast of the times and to remain relevant to the lives they would be leading in the new South Africa, or wherever else their destinies might lead them, and would continue to do so.

Today, VG follows Mr Long’s passion for excellence, his commitment to education and his visionary leadership which all can be culminated in his most well-known phrase: “The more you put in, the more you get out.”

We honour the memory of Mr Long and thank him for his contribution to Victoria Girls’ High School.

With thanks to Mr Malcolm Hacksley: True Valour – The Story of Victoria Girls’ High School (1998).