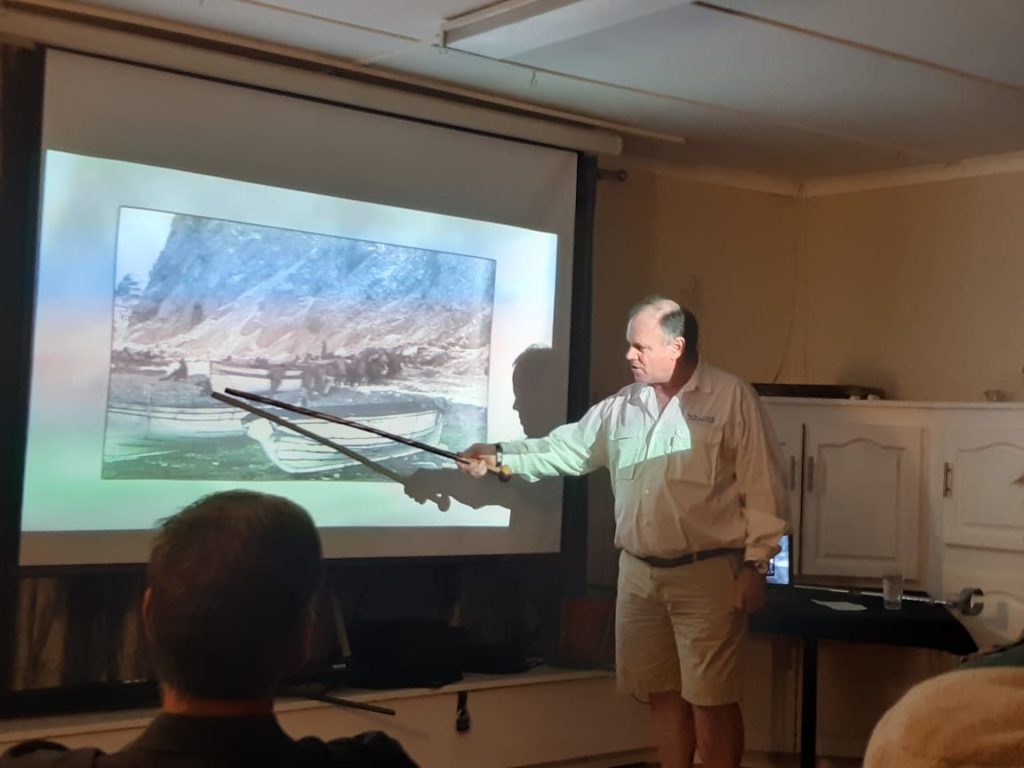 Caski had the audience hanging onto his every word as he spoke about polar explorer Ernest Shackleton who with 28 men planned to trek across the Antarctic.

Before they were able to begin the journey, trouble befell them. Their ship was trapped in the ice of the Weddell sea forcing the men to abandon it and seek shelter on the remote beach of Elephant Island.

Between 1914 and 1916, the men struggled to survive on the desolate beach but not one man died. Help arrived when Shackleton and five of his crew made a daring plan to search for help by sailing one of the rescue boats to the whaling island of South Georgia – 1 280 km away from their current location.

The key to the survival of all the men was optimism and high morale. Their survival encapsulated Shackleton’s motto: “Through endurance, we prosper”.

Three of Shackleton’s team, unfortunately, died three months later after they signed up to serve in World War I.

One audience member remarked that you felt as if Caski was there because he described the events of the journey in such detail.

The Foundation focuses on conservation education in the hope of bringing long-term protection to the environment.