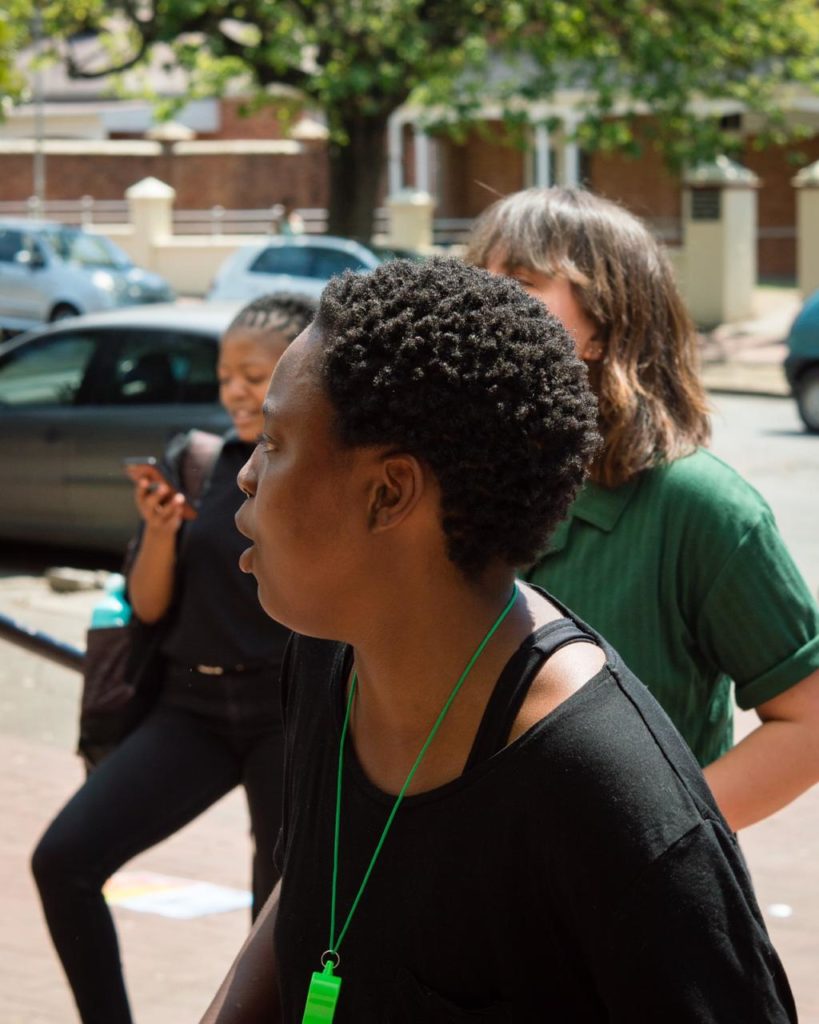 By SBONISO THOMBENI
It is not very often one can spend their lunch hour watching a piece of theatre. Even more unlikely is that within that hour one would not only watch, but also get the opportunity to perform on stage. This was the order of business in a theatrical event held at the Rhodes University Drama Department by applied theatre honours student Nompumelelo Kubheka. Titled ‘Our Spaces: Why Keep the Boxes’, this legislative theatre event was aimed at highlighting the plight of gender variant students on campus. Through a performance technique known as Forum Theatre, the event aimed at snowballing efforts towards influencing the University’s policies as they relate to the inclusion/creation of gender neutral facilities.

The beginning saw the actors (Abigail Gambo, Axl Forder, Miri-Joan de Wet, Khanya Ngcuka, Iviwe Mzandisi and Anathi Ndevu) play out a simple but effective scene set in a typical residence dining hall. Then, the ‘audience’ was introduced to multiple views on the need for non-binary students to be considered within campus residence policy.

Themes such as social exclusion, safety, anxiety and tolerance versus acceptance emerged from the characters who, after a certain point, could each be played by anyone else watching. As the Joker/facilitator of the event, Kubheka ushered the audience into a shift from passive spectators to spec-actors.

In this role they were given the chance to stop the action of the play, come on to stage and replace one of the actors. This was done to allow the opportunity for those watching to share their own perspective on how a character should act or react to the overall topic of possibly having a policy that recognises gender neutral facilities on campus.

The audience was made up of students and staff, mostly within the drama department, with the notable presence of Veronica Israel from the Division of Student Affairs and Noluxolo Nhlapo, the Director of Equity and Institutional Culture. Within the post-performance discussions, it became clear that although a residence like Oakdene can be categorically seen as gender neutral, it’s a postgraduate accommodation space and there are fewer options available for gender variant undergrads.

The University has started catering for non-binary individuals through some departmental gender neutral facilities; however, the performance showed there is still a long way to go.

In an interview with Kubheka a the end of the performance she/he said she/he hopes the event will serve as research from gender-variant students who live in currently gendered spaces.

She/he goes on to say “Many people that came did not know about the existing facilities and I think that has a lot to do with lack of policy. If there is policy that recognises diverse spaces for all, I feel then that every student on campus can be made to feel a part of the community.”