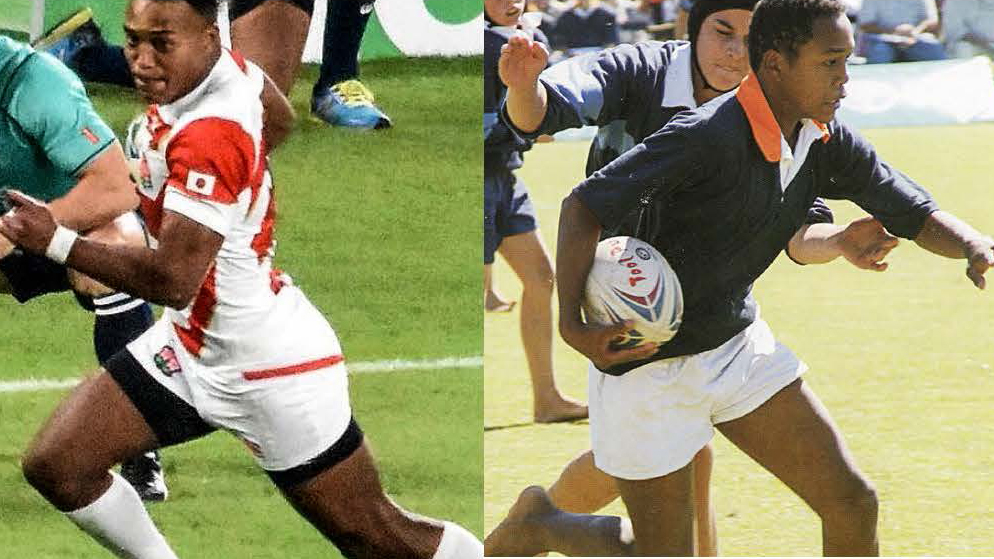 Japan’s Kotaro Matsushima started his rugby career as an eighthman as a schoolboy at Graeme College in Makhanda.

The Japanese winger is now the joint top try scorer and front runner with the most tries (five) at this year’s Rugby World Cup in Japan.
He will, however, come up against his birth country South Africa, in the quarter final of the World Cup this Sunday.
Ian Suttie, retired teacher and coach at Graeme College, recalls how quiet and shy Matsushima was as a young boy at school in the school’s under-13A rugby side.
“He spent one year at Graeme while his father was doing a post graduate degree at Rhodes,” said Suttie. “The language barrier was a challenge for him, although he had improved immeasurably by the time he left.”
Suttie, who taught Matsushima’s Grade 7 class, said he looked like he had potential and he and convinced him to play rugby.
“I was coaching the under-13A side at the time and I could see he would make an impact on the rugby field. So, I introduced him at 8th man as I believed he had what it takes.
“Kotaro was a quick learner and made great strides on the rugby field and the same year, winning the trophy for the most outstanding player of the season,” Suttie said.
“He was explosive off the mark and when he broke loose from the back of the scrum, he always crossed the advantage line. He was a game breaker of note and very strong both on attack and defence. He was a fantastic athlete and also broke the U13 record in the high jump, improving it to 1.55m.
The Graeme College Facebook page recorded that in his yearbook report, Suttie wrote, “Kotaro Matsushima was the find of the season. He is a natural sportsman and learnt the game quickly. His blistering pace and aggression in defence was invaluable to the teams success.”
Suttie said he was blown away at Matsushima’s success so far.
“Obviously I will be supporting South Africa (Springboks) on Sunday but we at Graeme are very proud of what he has achieved and also for the small part we played in introducing him to rugby. Kotaro returned to Japan at the end of that year and obviously continued the game that he learnt at Graeme College. He was at the Sharks Academy in Durban in 2012 and 2013.”
It will be very interesting to see how Matsushima will perform against the Boks on Sunday and if he’ll continue his good form at the World Cup. The Boks will be seeking to put behind them their loss against the Japanese in the 2015 World Cup. Matsushima and his teammates will have answer to a totally different and determined Bok side whose aim is to make their country proud and bring the William Web Ellis Trophy back home for the third time.

South Africa will meet Japan in the fourth and final quarter-final of the 2019 Rugby World Cup on Sunday, 20 October 20 at the Ajinomoto Stadium in Tokyo. Kick-off time is 12.15pm (South African Standard Time).

WHY SO MANY RED CARDS?
The Rugby World Cup in Japan has become one of the most interesting and controversial tournaments in the history of the event. READ MORE