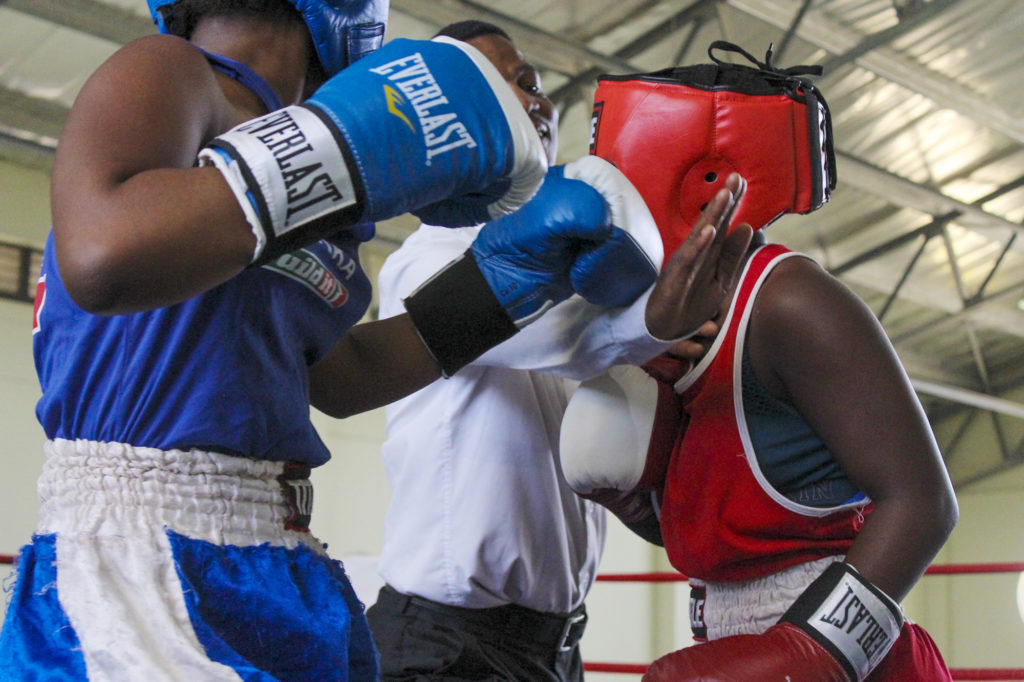 18 clubs competed in the Mfuzo Boxing Camp 24th anniversary tournament in Tantyi on 12 October 2019 and spectators were treated to 106 rounds. Photo: Sue Maclennan

Mfuzo Boxing Camp drew an enthusiastic crowd to their 24th Anniversary tournament at Foley’s Ground, Hlalani Hall, lower Tantyi, on Saturday 12 October. There were 18 clubs competing on the day and with no fewer than 106 bouts, the tournament finished in the early hours of Sunday 13 October 2019.