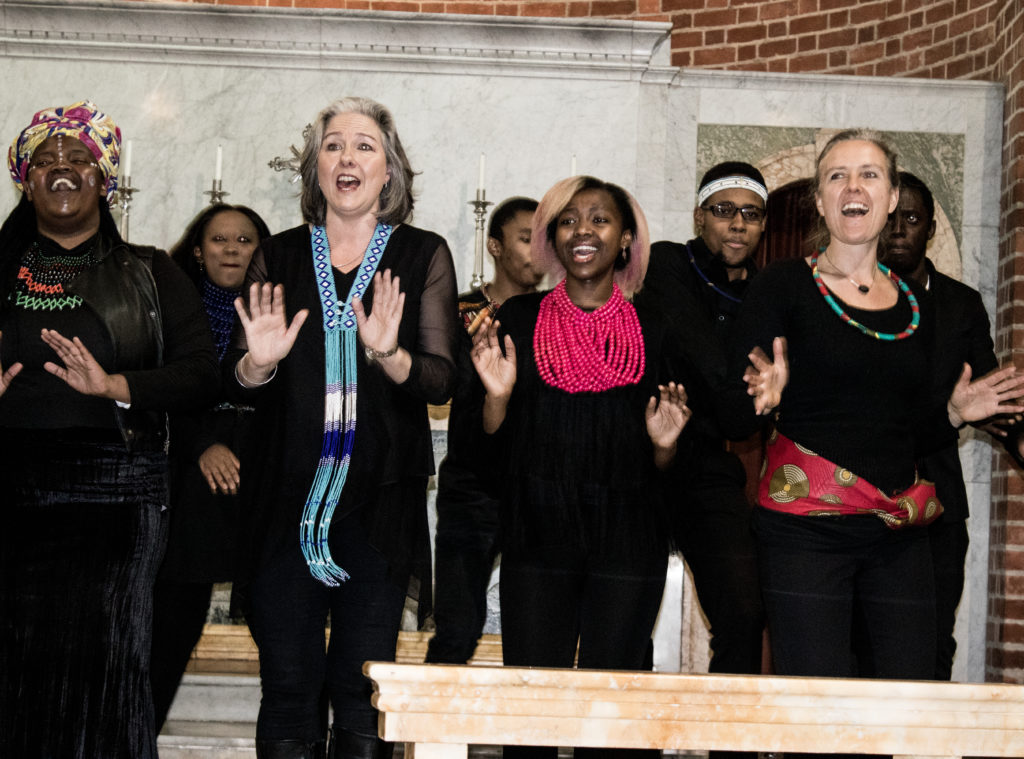 A concert on Sunday 20 October at 3pm in the St Andrew’s College Chapel will launch the Makhanda Kwantu Choir’s fundraising campaign to participate in the 2020 World Choir Games in Belgium. Admission is free, but donations are welcome to help raise the funds needed to transport the 25-strong choir to the international event.

The world’s biggest choral festival takes place every two years on a different continent. In 2020 the Games will take place in two cities of the Flanders region: Antwerp and Ghent. Based on Olympic ideals, The World Choir Games aims to peacefully unite people and nations connected by song, in a fair competition.

The Choir has registered and been accepted to participate in the Open Categories: Mixed Chamber Choir and Pop Choirs, where they aim to up their position from being silver diploma recipients in 2018 to going for gold. The Kwantu Choir started in 2017 in the walls of the Cathedral during Spiritfest’s Eucharist service on the first Sunday of the National Arts Festival. Since then, the choir has grown from strength to strength in quality and reputation. Within the space of two years the choir has prided its self as being a choral ambassador for the City of Makhanda by producing top-notch performances and receiving acclaim in international and national festivals.

Kwantu was awarded a Standard Bank Ovation Award at the 2019 National Arts Festival where they received standing ovations and critical acclaim from their audiences. At the 2019 Festival they were also invited to perform in the EC Divas Concert on the Main Programme. They are an integral part of the annual Masicule concerts in Makhanda, and have sung with artists such as Sibongile Khumalo, Zahara and most recently Vusi Mahlasela. They performed for President Cyril Ramaphosa during the 2019 National Freedom Day Celebration in Makhanda.

As a multiracial and multicultural choir, Kwantu aims to improve social cohesion through a singing repertoire that can speak to diverse groups and cultures. They hope that through their energetic, honest and delicate performances they may be able to cross cultural and social biases and barriers by bring different groups of people together in one venue to be touched by music of different cultures and places.

Please support Kwantu in their goal to reach the World Choir Games in Belgium next year. This homegrown choir, representative of the whole community of Makhanda, is a fantastic ambassador for our city. Their concerts are goosebump-inducing experiences that should not be missed. Leader of the choir, Kutlwano “Kepa” Kepadisa said that although the R2 million needed for the full choir to participate in the Games seemed a formidable figure, he was confident that it was attainable – “a little bit at a time”.