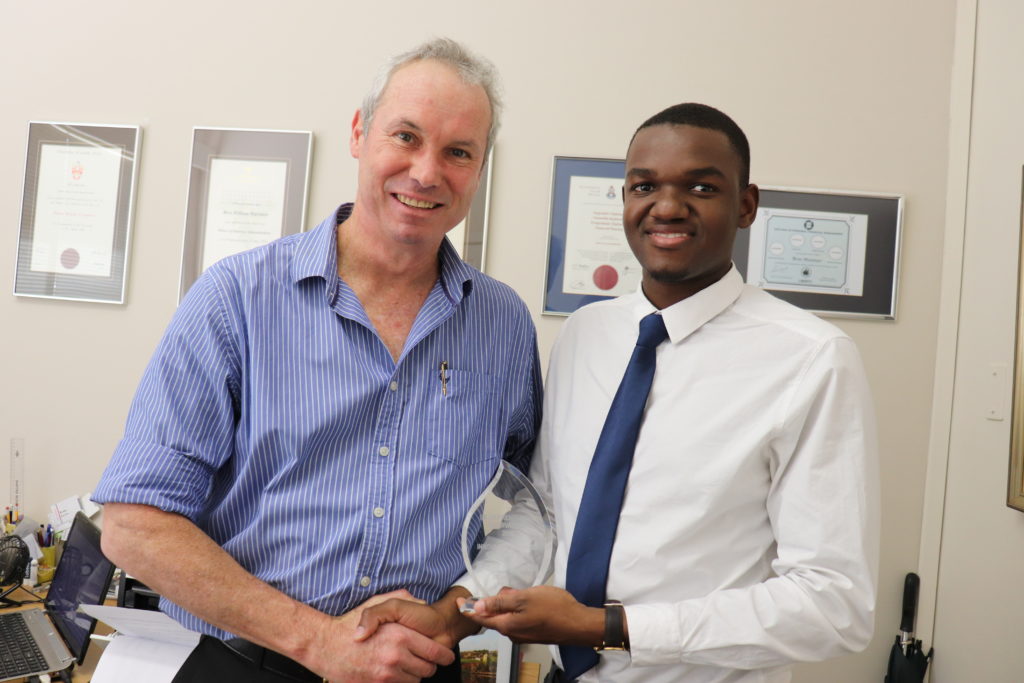 The event, the first of its kind, was recently held at the Southern Sun Hotel at OR Tambo International Airport.

Rhodes University were winners of the Eastern Cape Regionals through Urban Play – a digital advertising company created by Shirindza, a third-year BCom student in Economics and Information Systems. Shirindza, an Allan Gray Fellow, has been under the mentorship of Ross Marriner from PSG Wealth.

In total, 15 universities were represented in the final round of the Entrepreneurship Intervarsity Competition 2019. Department of Higher Education’s University Education Deputy Director General, Dr Dianne Parker said, “We created the Entrepreneurship Development in Higher Education platform with Universities South Africa to produce studentpreneurs – the movers and shakers who will create jobs in the South African economy for the next 10-20 years and lead this country to the next socio-economic development stage that we need.”

The 22-year-old’s business idea responds to the 4th Industrial Revolution (4IR) and provides in-transit digital advertising. “I want to be at the forefront of the 4IR in terms of digital synergy and digital advertising. I am very grateful for this platform introduced by Higher Education and the Allan Gray Foundation. This award shows that there is potential in me and I feel this is only the beginning. I am going to use this as a stepping stone to do even more and grow as an entrepreneur. I want to impact others in society and my community to step out of their shells and become entrepreneurs,” he explained.

A Rhodes University alumnus and former Registrar of Finance and Operations at the institution, Ross Marriner congratulated Penang.

“This is what Penang does best. He went out and showcased what he is about and I am humbled to be linked to a person like him who is going places. It’s a fantastic gift be able to employ other people and help them to develop. The government is already employing far too many people and we are feeling it in the economy. We cannot only depend on being employed, we need entrepreneurs. It is all credit to institutions like Allan Gray for coming up with these amazing programmes.”

The three other categories were Existing Technological Business; Existing Business: Social Impact; and Existing General Business. All category winners, including Penang, were awarded trophies and R10 000 in prize money intended to bolster their businesses.