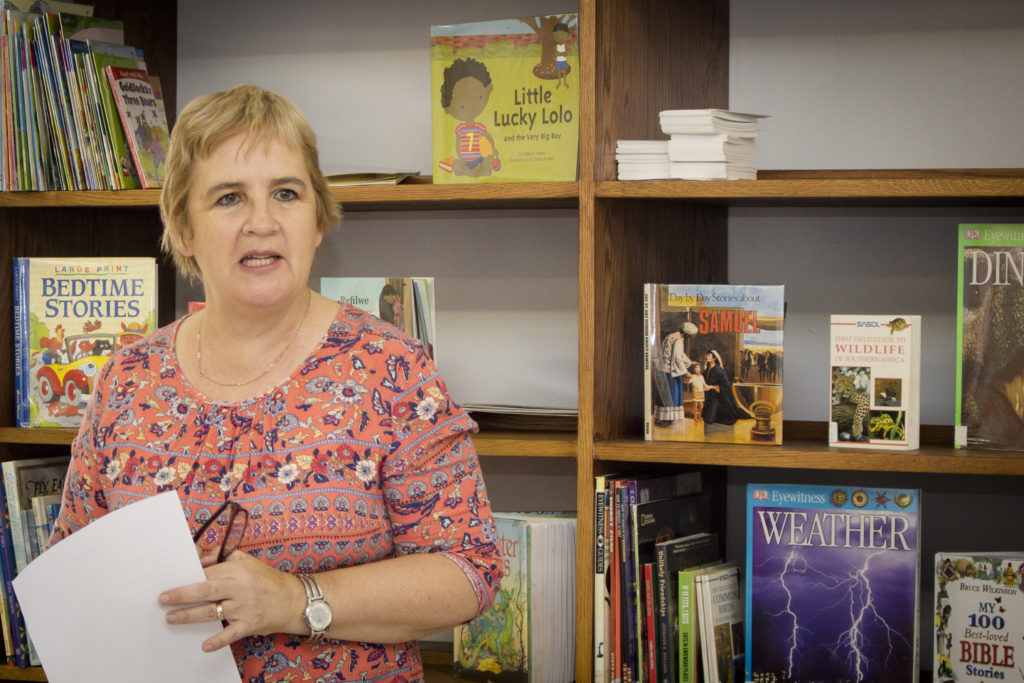 The Intsomi Reading Project was launched at Kingswood College recently, as part of the school’s community engagement programme.

A lending library has been set up for 28 support staff members who have signed up for the project. The books currently available are a mixture of fiction and non-fiction, and are targeted at children aged 3-16 years of age.

At the launch, Cathy Gush, co-ordinator of the project, said the project is expected to grow in membership and in scope. She encouraged parents to spend time reading with their children at home, and said they were now part of a bigger Intsomi “family”.

The broader project was started at Rhodes in 2014 with their support staff, as part of a process to enable access the University for local young people to further their studies. It aims to capacitate parents in supporting their children’s learning and in strengthening their home literacy practices through a book lending system and a series of workshops.

Intsomi is the isiXhosa word for ‘traditional story’ and the project was named this by the participants because they want to revive the tradition of families spending time together around stories.

Gush, who helped establish the project at Rhodes, extended the concept to the Kingswood campus as part of the College’s commitment to Community Engagement. It aligns well with the work of Kingswood Interact pupils, who support the children of staff with a homework club.

“Parents are important contributors to their children’s literacy development,” Gush said. “It is our hope that these parents will become literacy activists in their own communities.”

“The greatest gift one can give our children is our time and one of the greatest ways to spend our time is to spend it reading, either with them, or to them,” she said.

“Kingswood supports the Intsomi Reading Project and sees it as an extension of our Educating for Life vision, which should not be limited to our pupils alone, but also afforded to the greater Kingswood College family.”

Funding for the project has been provided by the Nal’ithuba Trust. Anyone interested in donating books or providing any other form of assistance, can contact Gush on c.gush@kingswoodcollege.com

Previous ArticleMakhanda librarian the best in the East!
Next Article Natural hair masterclass speaks to self-worth