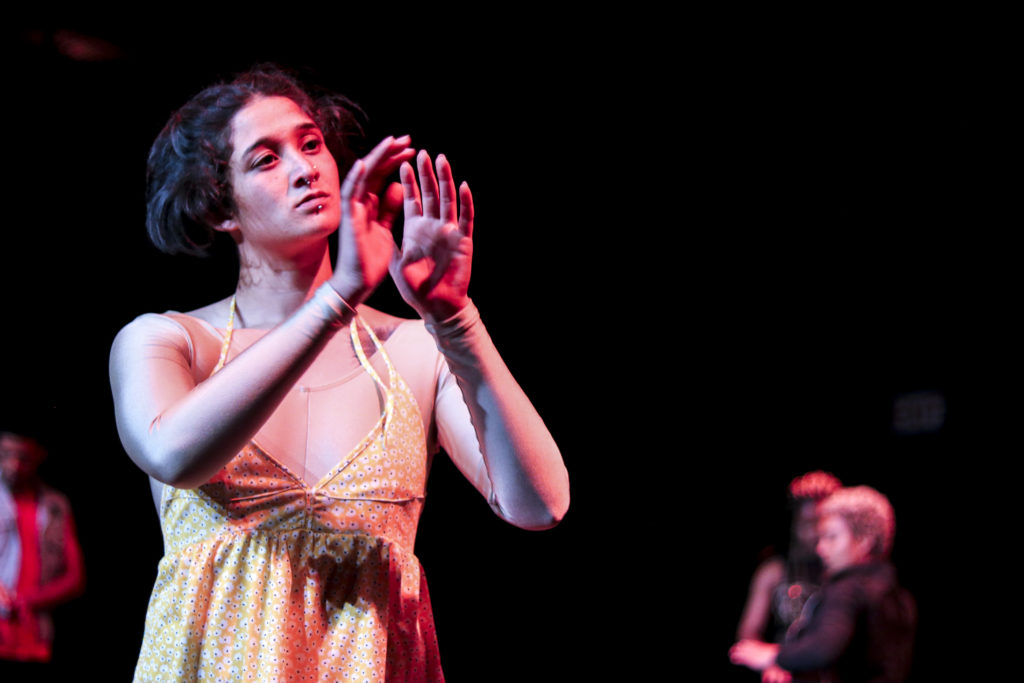 The Rhodes University Drama Department’s Theatre In Motion has for many years been a platform for showcasing some of the finest up-and-coming young choreographers and physical performers in the country. This year will be no exception with the staging of two programmes from 16-19 October, under the rebranded name Performing Flux.

The first programme is a double bill: Honours Choreography and Physical Performance on Wednesday 16 October and Friday 18 October at 7pm in the Rhodes Box Theatre, and at 8pm in the Rhodes Main Theatre respectively.

Performing Flux highlights the corporeal or bodily imagination and shares different ways of knowing through performance. In the Honours Choreography works, some break with conventional ways of framing choreography as performed event to re-imagine the performance space. Others invite a questioning of the politics of form through collisions of aesthetic and personal identity or a play with ways of spectating.

The second double bill feature, Physical Performance, presents two works created by lecturer Alan Parker in collaboration with the students. The first work, performed by the Drama II students, begins with a series of duet encounters between a human body and a non-human physicality, and between different animal-humans who, in nature, are unlikely to dance together. Snake meets Dolphin, Peacock meets Sheep, Zebra meets Peacock. This is followed by the Honours Physical Performance work, in which the relationship between the human being, as a subject, and the many inanimate objects and things it engages with is explored. Do we own our objects or do they own us?

The second Performing Flux programme, Choreographies, will be staged on Thursday 17 October and Saturday 19 October at 7pm in the Rhodes Main Theatre.

The programme line-up includes six solos by Drama III students. The solo has remained a feature of contemporary dance, with a defining aspect of its practice being the dancer/choreographer performing together. In these six solos, the body becomes the starting point to shape the world of the choreographic encounter.

Other works in the programme are by Masters students Ashwin May and Meghan Harris. Meghan Harris in collaboration with Kwanele Finch Thusi – from Forgotten Angle Theatre Collaborative in Emakhazeni, Mpumalanga – grapple in “Ghost Under My Skin” with the complexities of developing a familiar closeness with their own bodies and each other. Questioning, how we intimately whisper to our forgotten body parts? Wondering, why our experiences of pleasure may be haunted by memories of loss and pain? In “I Want To Pass”, Ashwin May explores the nuances of queer performance spaces, by confronting his own masculinity while simultaneously celebrating his innate femininity.