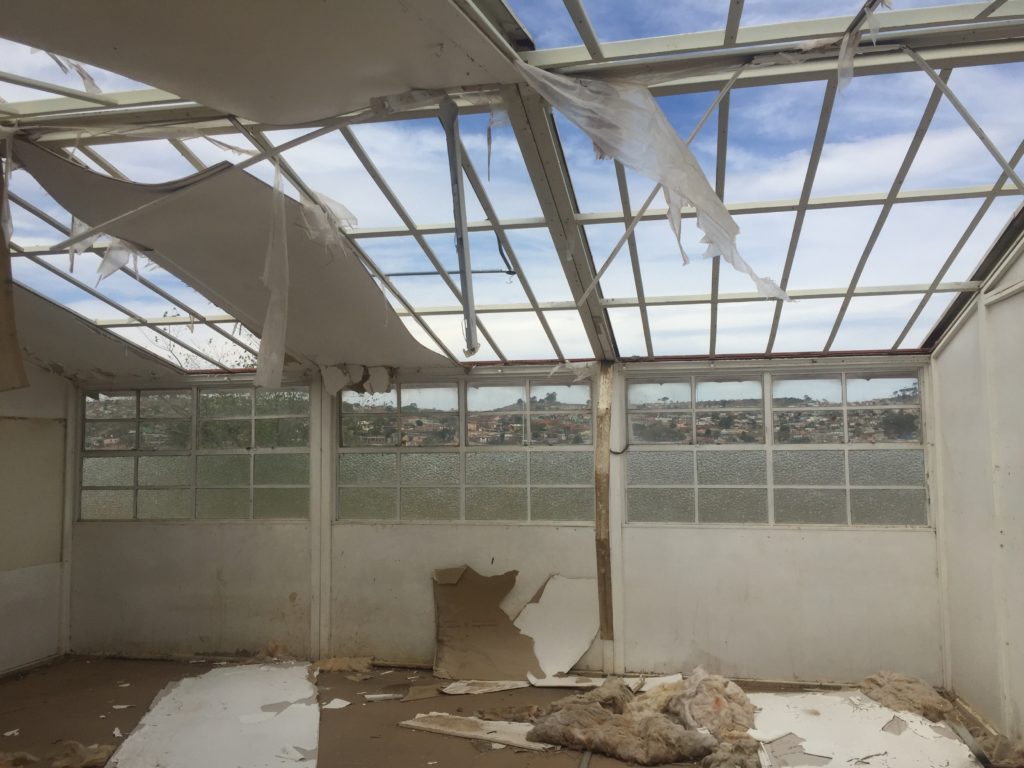 Contractors have abandoned more than 50 major school upgrade projects in the Eastern Cape after government departments failed to pay them on time.

Many of these schools have been stripped of valuable materials and vandalised after being abandoned.

One example is Makhanda’s Grahamstown Primary School. The school moved into temporary prefabricated premises in February to make way for a R55 million upgrade. The revamp, originally due for completion in 2021, was to have included an administration block, a new library, an IT centre, and a school hall, according to the school’s principal, Leon Coetzee.

Then in June, the contractors left abruptly, telling Coetzee that they had not been paid by the provincial Department of Public Works, the implementing agent for the project. This came as a complete surprise to the school, as they had not been informed by the provincial Department of Education or of Public Works that funds were not available to pay the contractors.

“Much later, after the contractor left, the [provincial education]department came and told us that the project had been stopped until further notice,” said Coetzee.

According to the provincial public works media spokesperson, Mlimandlela Ndamase, the provincial education department “over-committed for the financial year. Hence the delays in the execution of projects and payments to contractors.”

Without any security around the abandoned building site, it was quickly stripped of all valuable materials and vandalised. The windows were shattered, ceilings stripped, electrical wiring ripped, and walls smashed.

Provincial education department spokesperson Mali Mtima said that the department held no responsibility for the vandalisation of the school because it is “the contractor who is responsible for their site’s security”.

The contractors did not respond to requests for comment.

After three months of pressure by the school, the Department of Public Works sent security personnel to guard the building site.

With the project on hold until further notice, the school governing board is concerned about the school’s future. The prefabricated premises were supposed to be temporary, and are already showing signs of degradation. Coetzee said that the “floors are busy giving” and there are leakages in some of the classrooms.

Mtima said that R260 million was paid to implementing agents in September in order to get contractors back on site, following a “cash injection from the national department”.

In October 2018, the Eastern Cape branch of Equal Education released a report titled “Implementing agents: The Middlemen in charge in charge of building schools” which describes the effects of failures by implementing agents on learners and teachers in the province.

Implementing agents are in charge of “managerial and project implementation” for the provincial Department of Education, says Equal Education researcher Marc Jacobs.

“They are usually state-owned enterprises, public entities or non-profit organisations” which often directly oversee the building and repair of school infrastructure, he said.

“Implementing agents typically receive 4.5% to 10% of the cost of a school infrastructure project as management fees, regardless of their performance,” said Jacobs.

In the Eastern Cape, the provincial and national education departments and treasuries have failed to adequately monitor the delivery of school infrastructure. This is because they are “understaffed and do not have sufficient programme managers” to oversee the agents, according to Jacobs.

This lack of accountability leads to wasteful expenditure, and mismanagement of infrastructure sites, like that of Grahamstown Primary, he added.

Ndamase said that the Department of Public Works had “provided technical solutions to ease the current pressure” such as providing security for abandoned building sites.

However, Coetzee is still unsure if the project will ever get off the ground.