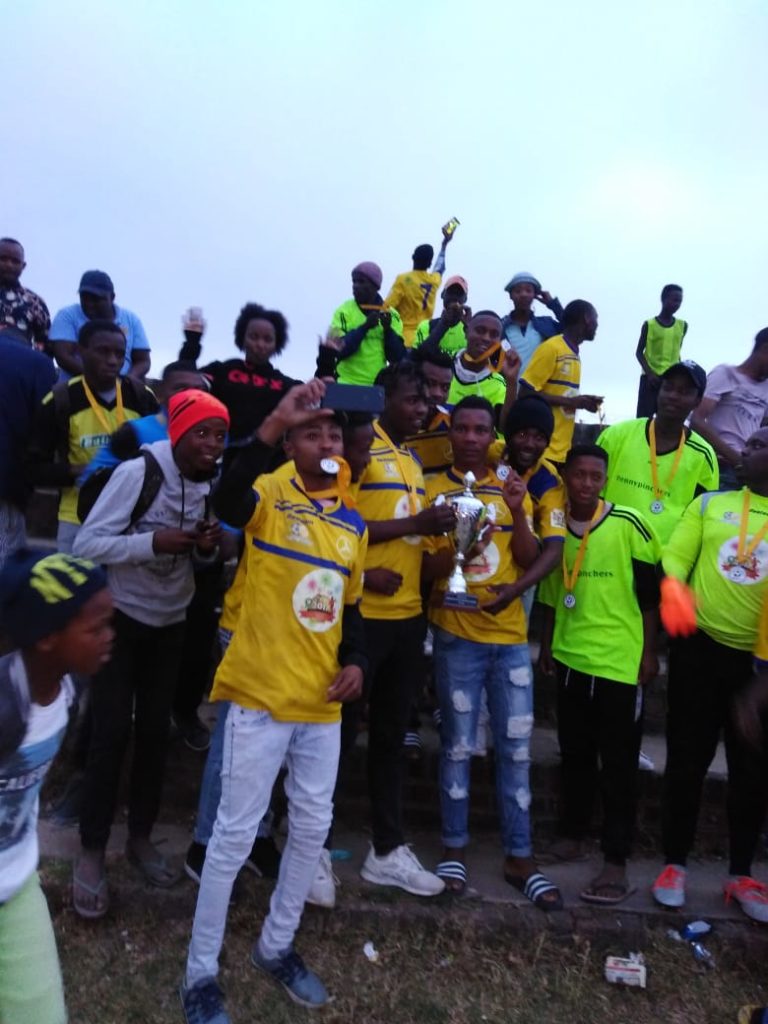 By CHRIS TOTOBELA
The Makana LFA pre-season tournament concluded on Saturday 28 September, with the Eleven Attackers and Sophia Stars facing off in the semi final. Attackers started strong while Sophia took long to get going and by halftime there was still no goal either way.

Attackers took the lead midway through the second half with a well taken header, but a rush of blood into the head of one of their defensive midfielders led to Sophia’s equaliser via a spot kick. This came after a Sophia player was hacked from behind while he had his back on the goal, and was not posing any danger at all.

Sophia won on penalties after the game ended in a one-all draw. In the much anticipated final, Sophia took on Sakhulutsha just an hour later. Sakhulutsha immediately took the game to Sophia, putting pressure early on.

Sakhulutsha took a well deserved early lead via the boot of Lundi Xabanisa. Xabanisa took the free kick inside his own half, and shot it straight at the keeper, who misjudged the ball and fumbled it to the back of the net. Sophia played some serious football after that rude awakening and created chances of their own. They were rewarded when Akhona Mafani cut through Sakhulutsha’s defence and managed to shoot past the keeper to equalise.

The halftime score was one-all. Both teams played more attacking football in the second half and both proved very competitive. And they were both guilty of missing a number of good chances. Sophia became stronger as the game progressed and took the lead after a very good pass that found Siphosakhe Msipha unmarked wide on the right. He outsprinted Sakhulutsha’s defence and slotted the ball past the diving keeper.

Sophia also had a lot of chances to kill the game, but the lack of composure in front of goal let them down. They however managed to hang on to their lead until the final whistle. The Makana LFA pre-season tournament champions had to wait for a very long time before getting their prize, as there seemed to be controversy just after the game. The referee confirmed that Sakhulutsha had filed a complaint just few minutes away from the final whistle, complaining about two Maru players allegedly used by Sophia. After a very long and frustrating process of consultation, Sophia was indeed presented with the trophy, gold medals and R1 500 cash prize while Sakhulutsha walked away with R300.

Judging by the way this tournament went, it seems like this is going to be another tough season that the football lovers can look forward to: every team participating in this tournament gave their all. The minor hiccups that were experienced can only be used as valuable lessons going forward and may not be allowed to happen again.