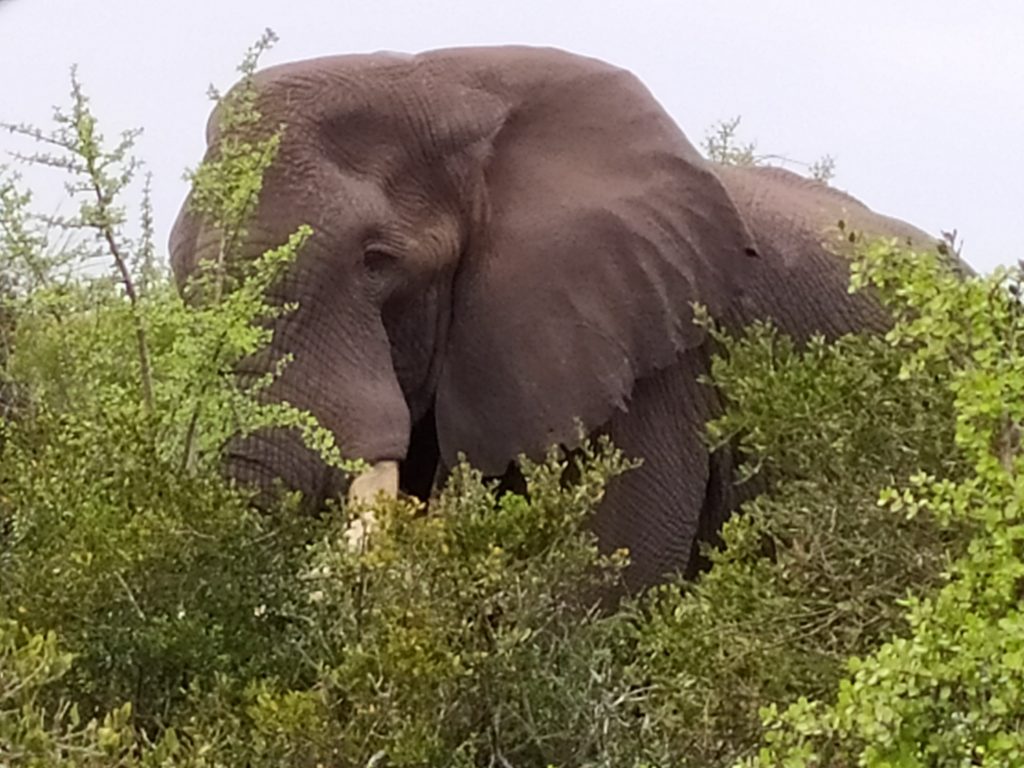 Addo Elephant National Park (AENP) outside Port Elizabeth has a new inhabitant; one that, if spotted, will be immediately recognisable – with a shoulder height of 3.18m and tusks measuring an impressive 1.39m from the lip out. His weight is estimated at about six tonnes. The 35-year-old ‘Tembe’, introduced into the Park on Saturday, is the first of three bulls which will be brought in as a donation from Tembe Elephant Park in KwaZulu-Natal. Addo Park Manager, Nick de Goede, said, “Addo’s elephant numbers are currently in excess of 600 animals and it is vital that we continue to supplement the population genetically. The Park’s population is seen as a key elephant population within conservation circles nationally and internationally as it is one of the most well-researched and understood African elephant populations in the world.”

“It is for this reason that SANParks requested large bulls from Tembe Elephant Park about a year ago to supplement our elephant population. The Tembe elephants are known for the size of their tusks and are genetically diverse from the Addo elephants, making them ideal for improving the genetic diversity within our elephant population,” continued De Goede.

He said the actual operation of moving the elephant was no mean feat. The process, headed up by SANParks’ Veterinary Wildlife Services, involved two drivers, one veterinarian, two veterinarian technicians and many other pairs of hands and took in excess of 36 hours to complete.

De Goede said he saw Tembe out in the Park earlier and he appeared to be adapting well, having met up and walked with two other bulls. He said they hope to get the other two bulls into Addo before the end of the year.

Tembe Elephant Park is owned by the Tembe tribe and managed by Ezemvelo KZN Wildlife. The chairperson of the Tembe Co-management Board, Vusi Sithole, was present during the capture and officially handed the bull over to De Goede.

“On behalf of SANParks, we would like to thank Ezemvelo KZN Wildlife and the Tembe community for the kind donation of the bull. We would also like to thank Tembe Elephant Lodge for hosting the capture teams from SANParks and Ezemvelo KZN Wildlife. Network for Animals was also instrumental in making the operation a success by donating two satellite tracking colours and covering the expense of the helicopter for the duration of the capture,” said de Goede.

AENP was proclaimed in 1931 with only eleven elephants, of which only seven were known to be breeding animals. Through the eighties and nineties, various research was undertaken on these animals and it was proven that the population had experienced a serious bottleneck, which led to a loss in genetic variation. Due to the concerns about the genetic degradation of the population, a decision was made in the early 2000’s to supplement the population with eight bulls from Kruger National Park. Unfortunately most of these bulls have since died and currently only two are still known to be within the population.