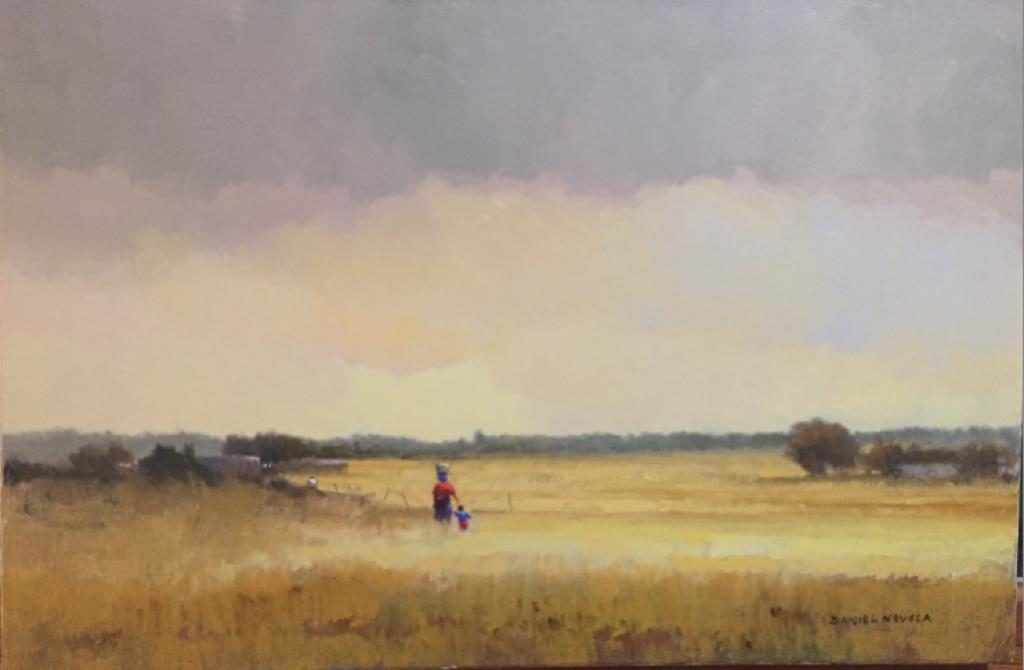 Local residents, including real estate agent Kim Webber, have taken it upon themselves to create a new way to fundraise for one of Makhanda’s (Grahamstown’s) essential educational institutions. Next week, a one-of-a-kind art auction will take place to raise funds for the Amasango Career School.

“The school gives accelerated primary education for people with extrinsic barriers to learning”, said Webber. “Their needs are so incredibly significant that we need to fundraise not in tens and twenties, but in thousands.”

Amasango is partly subsidised by the government; however, this is not enough to meet the needs of learners.

Currently the organisation doesn’t have official NPO status, and can’t yet give out official tax refund certificates for donors. “While that’s still in process, there are still needs at the school that need to be met and they need money,” said Webber. After brainstorming ways to fundraise without having to issue tax refund certificates, as an art lover and painter, Webber thought of an art auction.

She first reached out to well known local artists, Tanya Poole and Nigel Mullins, who graciously donated four pieces in total to the cause. “That was the catalyst we needed to approach others,” she said. “We have 12 donations in all.”

Along with Poole and Mullins, Bob McKenzie, Mandy McKay, Tori Stowe, Lindi Lombard and Daniel Novela have donated works to the auction.

“We are extremely grateful to all the [art]donors and to all the people that have helped, because it’s not the kind of thing I could have pulled off on my own,” said Webber, who hopes it will become an annual event.

The art auction will take place on 9 October at the Highlander Long Room, and while the event is by invitation only, interested community members can contact Webber directly at Kim@kimwebber.co.za .