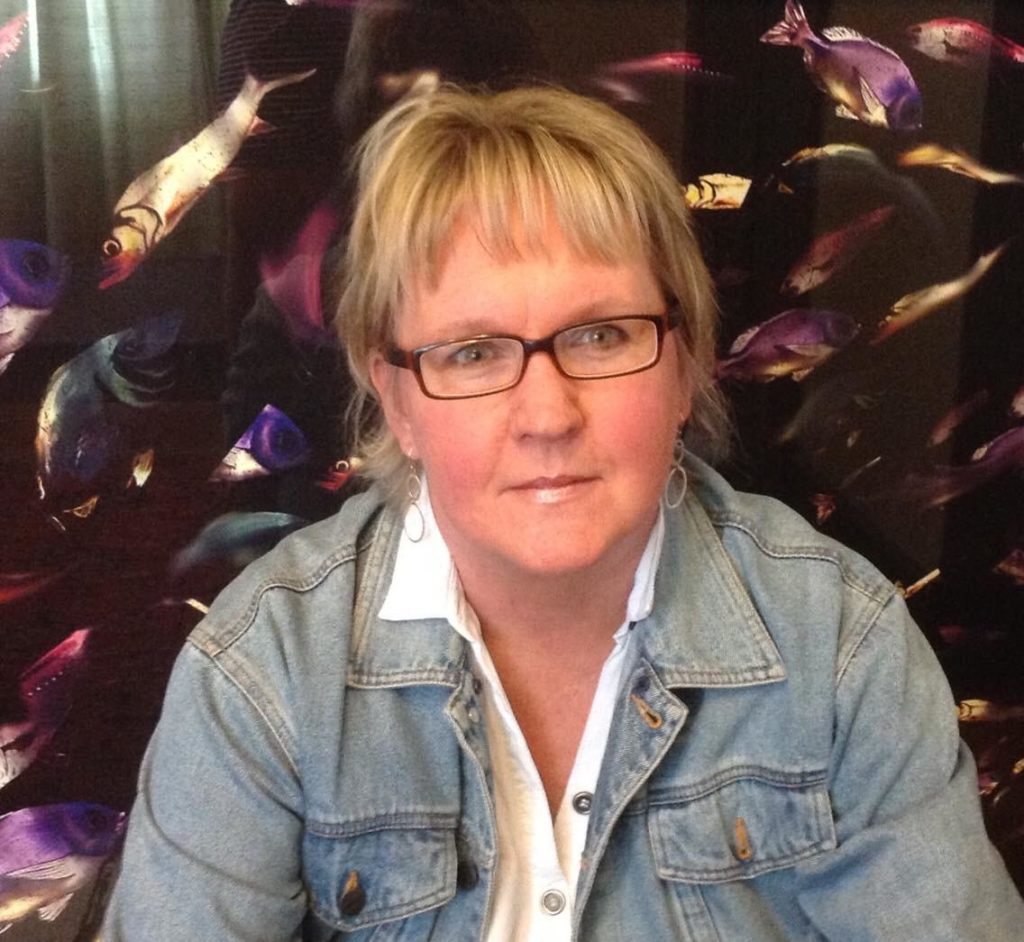 Exquisitely delicate shapes and colours embody a deep affinity with the sea and its creatures, in Jocelyn ‘Jos’ Wortley’s solo art exhibition, FRAGILE.

The once-off pop-up exhibition is at 6pm on Monday 7 October in the Foyer of the Rhodes Zoology and Entomology Department in African Street.

Wortley (then Mullins) went to DSG and Rhodes (BDram Hons) before moving to Joburg to work in film and television. There she became a senior editor in a leading post-production facility for the local film, documentary and corporate  television industry and went on to form her own post-production company, jos-online editing studios.

17 years ago, she was struck down by an auto-immune disease and a long and arduous standoff with illness and isolation began as her physical being was gradually shut down.

The family moved to Grahamstown in 2007 and Wortley continued to produce the occasional video project and chase her artistic passions, but physical limitations often prevented Jos from finishing a painting or a study. She was often bed-ridden.

At this point Wortley resorted to her IPAD and soon she was drawing with her index finger. In 2017 she held her first solo one-woman show MOVE. FRAGILE is the next exhibition in her journey into digital print making.

The 50 works in celebration of our seas come from Wortley’s deep comnnection with the sea through a childhood on the banks of the Kariega River.

“Our seas and estuaries are getting sicker and sicker and so humanity has to wake up and reinvent its place on our planet. Do things differently. We all need to become concerned citizens of the planet,” she says.

“The exhibition FRAGILE is but a drop in the ocean of creating awareness of and a celebration of the endless beauty and fragility of our marine world.”

Titles of works include Jewels of the sea, Sea Dancers, Tails in the Moonlight, Into the Light, Microscopic Magic and Underwater Flight.

“I come from an artistic family,” says Wortley. “My father is a fine watercolor painter, my brother and his wife are both artists and I’ve been bought up discussing and appreciating art. It’s interesting that in my late years I get to be an artist.”

She describes the illness that pushed her into art as  a blessing in disguise.

“I have been working on the exhibition for more than a year,” she said. “It comes from concern about humanity’s appreciation of the beauty around us and what would we have if we lose that beauty,” she said.

Jos’s son, Ross Wortley is an Honours Icthyology student and a percentage of proceeds from the exhibition will go towards that department’s bursary fund.

Parking for the venue is below Rhodes University’s Barratt complex in African Street. art@jocelynwortley.com