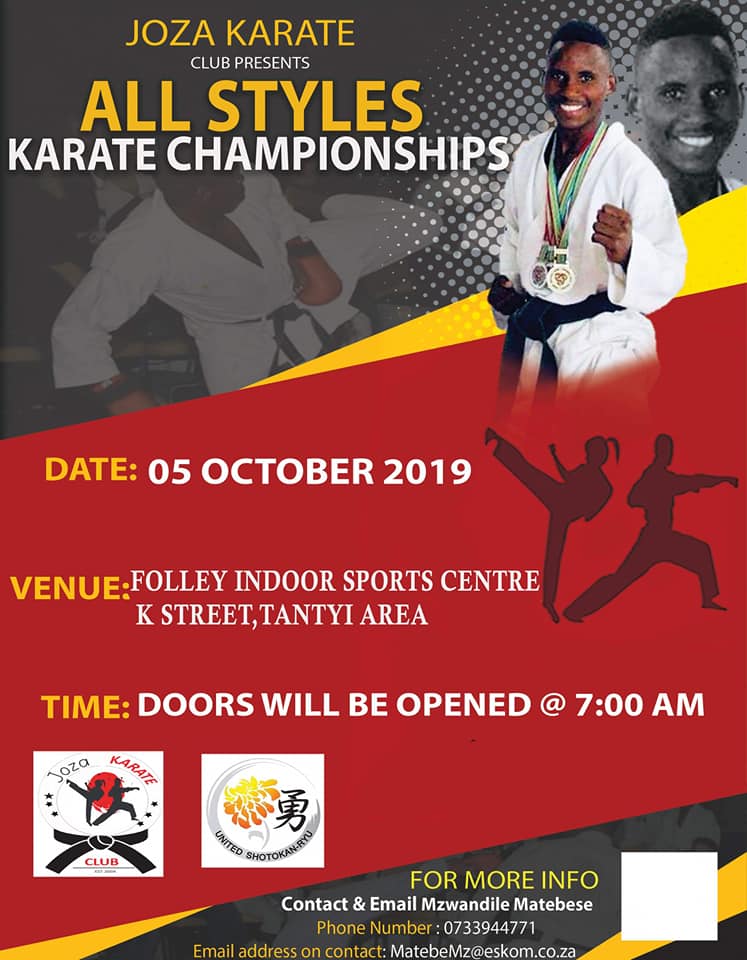 World championship medal winners Thanduxolo Royi and Lutho Singata will be among those in action at the Joza Karate Championships this weekend, alongside other top karateka from across the Eastern Cape.

Joza Karate Club will host its championship event this Saturday 5 October at the Indoor Sports Centre in Hlalani location, with doors opening at 8am. Members of the public may attend as spectators.

Signed up and ready for action are clubs around the province and one from the Western Cape. Among the competitors will be 2019 United Shotokan-Ryu national team members. The team of Makhanda karateka, Royi, Brent Smith and Kayle Olivier took part in the WUKF world karate championships in Slovakia in June this year. Joza Karate Club member Royi won a bronze medal, becoming the second South African to win a karate world championship medal. Singata, who is also competing in Hlalani this weekend, in 2018 became the first South African to win a medal. His was in the WUKF senior males division. Both will be in action this weekend.

Winner of the senior male kumite (fighting) division will receive a trophy. On top of that there will be junior divisions involving some of Makhanda’s promising youngsters competing against the best in the province.

Medals will be awarded to the top three competitors in each division. Entry fee for the spectators is R20 for adults and R10 for scholars and everyone is welcome.For more information about Joza Karate, contact Mzwandile Matebese on 073 394 4771.