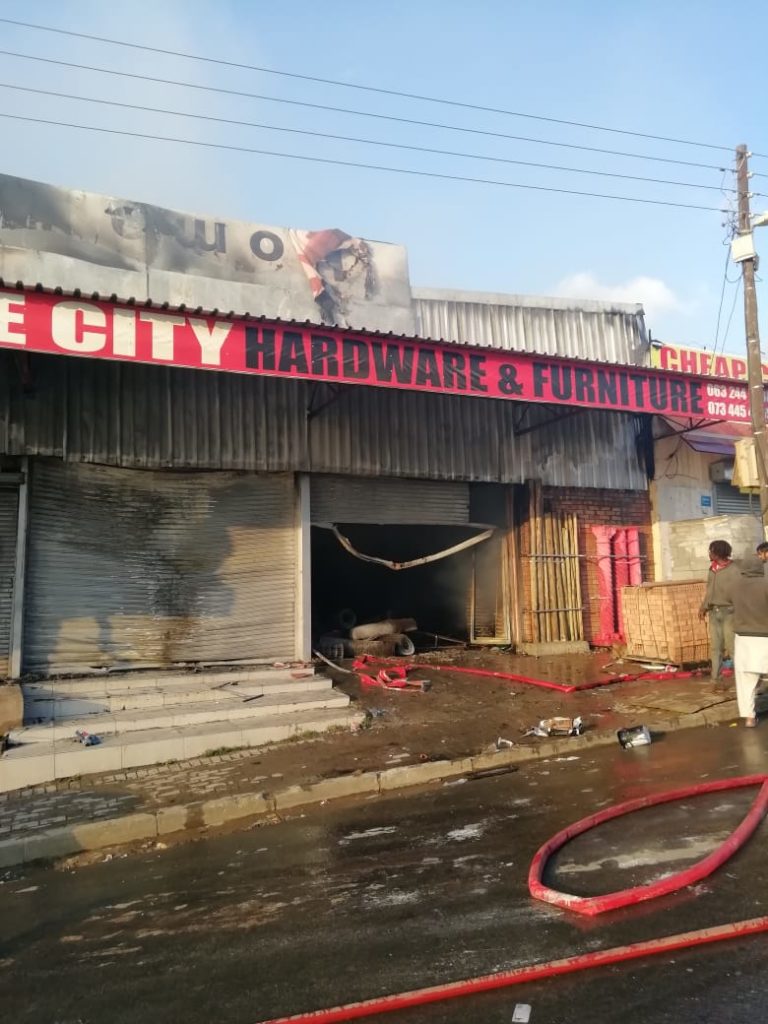 Eight shops were affected by a fire that broke out in the Peddie CBD in the early hours of Tuesday 1 October 2019. Photo supplied

Eight shops were affected by a fire that broke out in Peddie around 2.30am on Monday 1 October.

“The Amathole District dispatched Komga fire fighters to the scene who tried to extinguish the fire. A total of eight buildings were affected by the fire,” Thonjeni said. These included a supermarket, a salon and six immigrant-owned shops of which three were hardware shops.

“The cause of the fire is still to be determined. Emergency services, firefighters and all roleplayers are still at the scene. Damage by the fire is unknown and yet to be estimated. The investigation will guide the police as to their next action regarding this incident,” Thonjeni said.