Mabuyane calls for use of mother tongue 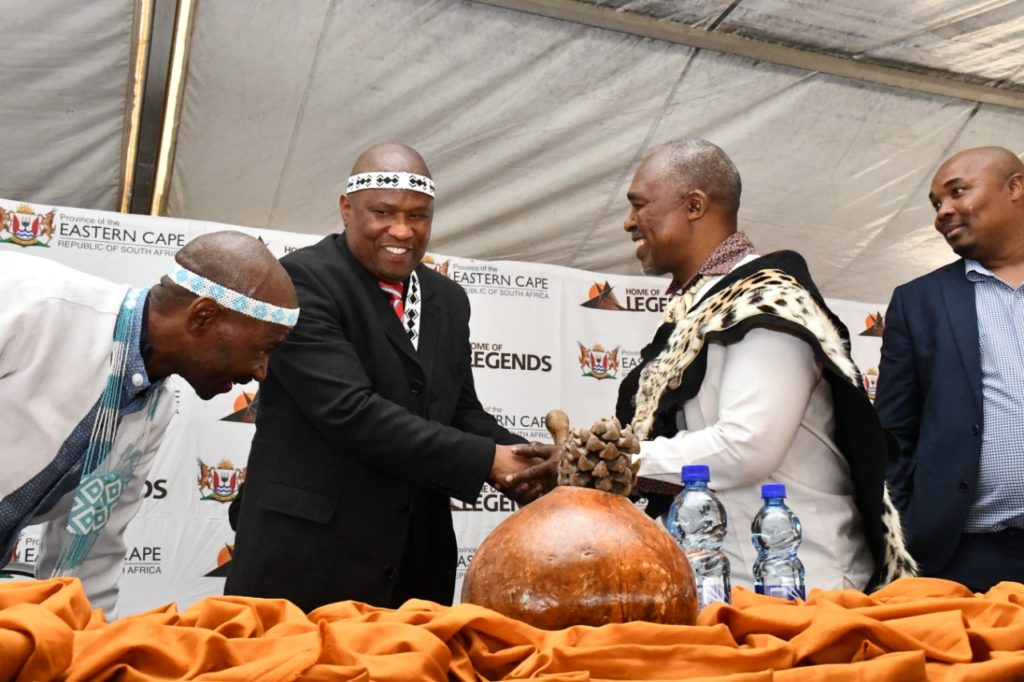 Eastern Cape Premier, Lubabalo Oscar Mabuyane used his speech at the Provincial Heritage day to call for the use of and preservation of African mother tongue languages to preserve the diverse heritage of the people of South Africa.

Speaking at the Dutywa Sports ground on a day that looked more like a winter’s day than a bright spring day- owing to the chilly weather conditions – Mabuyane said African mother tongue languages are a critical element of culture and heritage of the people forming part of a basis for ethnic, regional, national and international identity.

“Government continues to promote use and preservation of mother tongue languages of the people of the province like isiXhosa, IsiZulu, Sesotho and SePedi so that they are not distinct. In this province, isiXhosa is spoken by the majority of the people showing significance of the importance of promotion and preservation of this and other mother tongue languages,” said Mabuyane.

He added that it was important for government and its employees to use African mother tongue languages in official communication more than the dominant use of English.

Mabuyane called on institutions of higher learning and organisations promoting cultural and heritage development programmes to promote the use of mother tongue languages in the province.

Speaking at the same event, Cecilia Nkopane, of the Bakwena royal family from Herschel, said she loves seSotho, her mother tongue language because it is about her identity as a seSotho speaking person.

With his group dancing a diverse bouquet of dance moves inspired by isiXhosa, isiMpondo and isiZulu music and cultures, reflecting the diverse cultural heritage of the country, Dingiswayo said their group wanted their cultural production to be known while they also contribute in reducing crime in communities.

“Using African mother tongue languages, preserving culture, traditions and heritage is important because it solidifies relationships in society. Even developed and totally liberated nations, as we yet to be fully liberated and developed, if we can stick to heritage, culture and languages, we would be a successful nation,” he said.