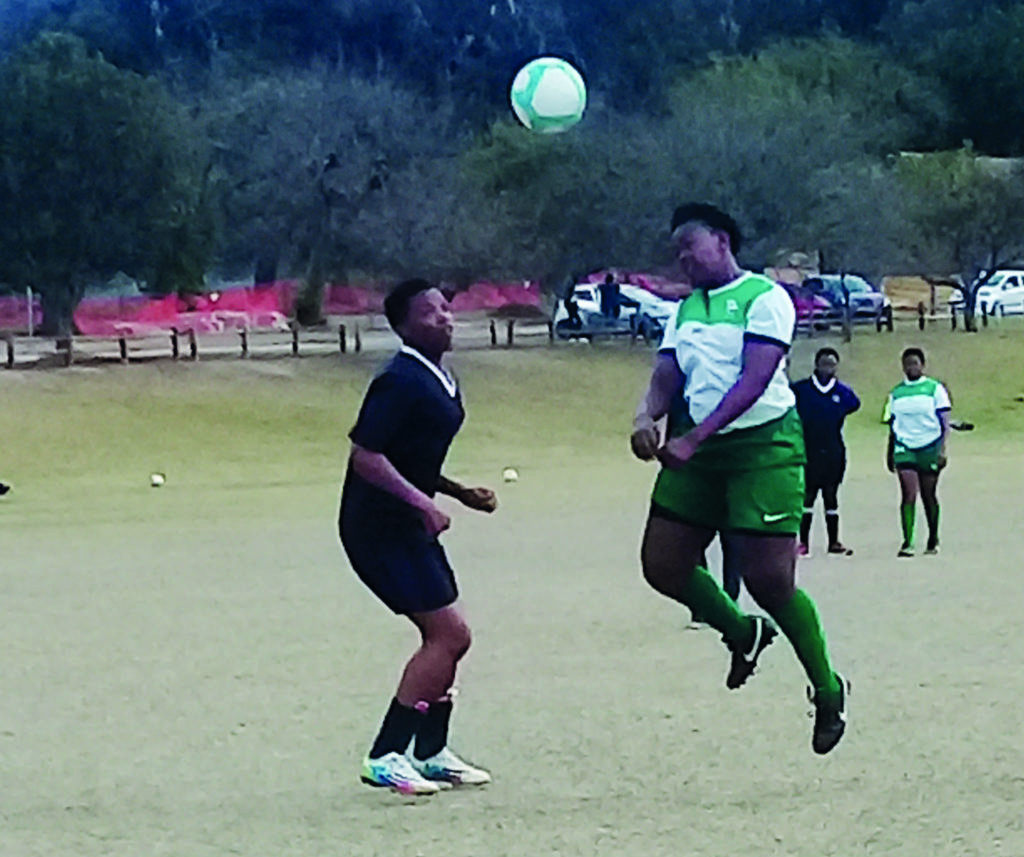 By CHRIS TOTOBELA
Last Sunday saw the local derby of women’s football when home side African Connection clashed with Rhodes University at the Lower prospect field. Both teams attacked from the word go.

The visitors took the lead after a series of attacks via the boot of Nwabisa Jafta who neatly passed the ball into the net after a corner kick. Rhodes pushed forward in search of an equaliser while exposing themselves at back and got caught by a quick counter attack – sealed off by Nosiphosethu Dyantyi, one of the few debutantes.

This sparked the home side into action as they pushed more bodies forward and were rewarded when Zizo Balintulo found the net from a long-range wide on the left wing to reduce the deficit. Rhodes put the seven times regional champions under serious pressure and got the equaliser through the boot of Aphiwe Sibuqashe – who went one on one with the keeper before calmly slotting the ball into the net. Both teams went to the halftime break locked at two goals apiece.

The home side finally took the lead early in the second half when Goodness Maumo scored with a well- taken corner kick which was fumbled by the keeper to the back of the net. Connection kept on searching for a goal and were rewarded with a well taken ground shot by Nosiphosethu Dyantyi to complete her brace and bring the visitors level.

Connection’s keeper had a very bad day at the office, gifting the opponents an easy goal which was taken by Karabo Mavuso from very close range to give Rhodes another lead. With only five minutes left on the game, Angie Jack found the back of the net with a great header after a well-taken corner kick.

This was end-to-end stuff that entertained the average crowd that was there to witness this great game of football. Both teams created numerous scoring chances towards the end of the game but still failed to find the winner, as the game ended in a thrilling 4-4 score line.