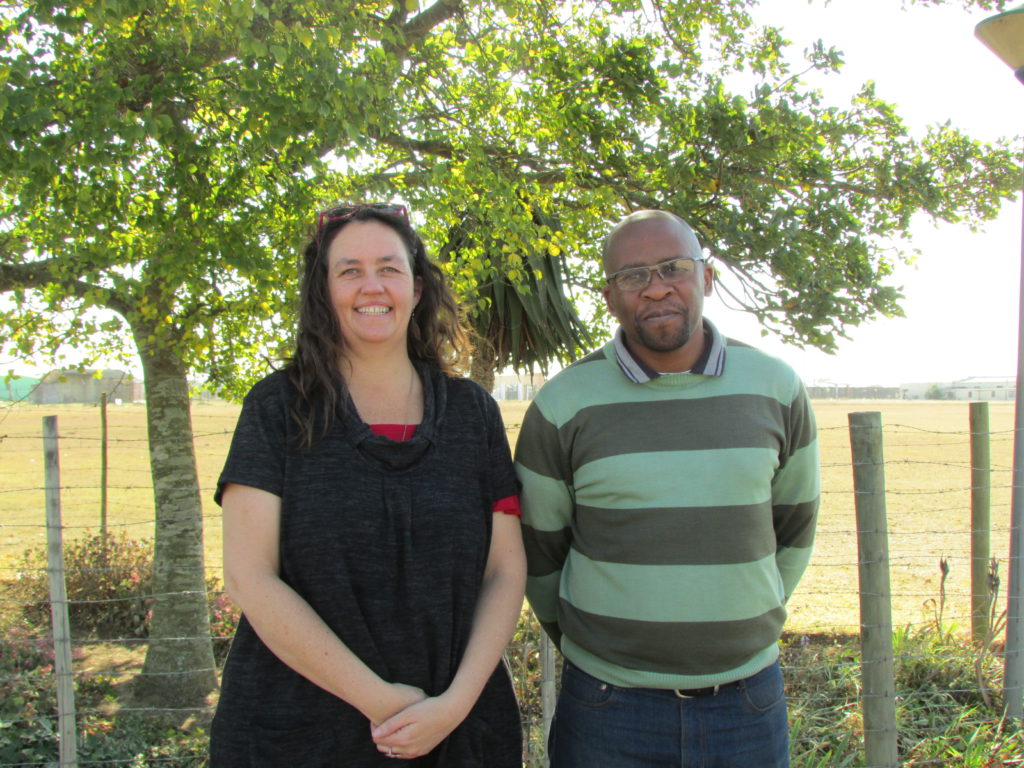 Nicci Hayes took the reins at Nombulelo in late 2015, with the school on its knees. She leaves it four years later, at the end of 2019, with it galloping gallantly to the finishing post.

The jockey and horse analogy may have its limitations in this context but it does underlie the incontestable truth that principals are fundamental to the fortunes of schools. This is particularly pertinent in the case of no-fee schools because unlike well-resourced schools, they cannot draw on powerful alumni networks, a proactive parent body, reserves and endowments to take corrective action or to deal with challenges. Generally speaking, the difference between effective no-fee schools and ineffective no-fee schools comes down to who the principal is.

From 2013 onwards, Nombulelo suffered from diminishing leadership, as the health of its previous Principal waned. Mr Koliti had been a steady Principal, so it took time for the mounting problems to be reflected in the school’s matric results. After all, for the most part of this century, Nombulelo had produced the best matric results of the six no-fee schools in the city. As late as 2014 and 2015 it still managed to boast 24 and 25 Bachelor passes respectively. But by 2015 the overall pass rate had declined to 53% and by 2016 and 2017 the number of learners who managed to qualify to sit the final examinations plummeted to 79 and 50 respectively. In schooling, one reaps what one sows. The matriculants of 2017 started out at Nombulelo in 2013, exactly when leadership ebbed.

Up until 2015 Nicci had enjoyed a successful teaching career at Victoria Girls’ High School (VGHS). She excelled as an English, Drama and Mathematics teacher and assumed increasing responsibility for overall school academics. But she was not tried and tested as a school leader. A key point is that what Nicci may have lacked in experience, coming into Nombulelo, she more than made up for by way of energy, passion, personality, commitment and character. Anyone who knows her even vaguely will vouch for her impeccable and unwavering commitment to social justice and ethical integrity. Also, her unorthodox flamboyance and uncontainable joie de vivre brought an energy and optimism into the school that had long receded. In some ways Nicci was an unusual Principal, but in others she was orthodox and doctrinaire.  She understood perfectly well that the least that learners require and deserve is for teachers to be at school, on time, in the classroom, teaching! And thus she quickly restored basic educational rhythms and routines to Nombulelo. Unsurprisingly, before too long this wonderful cocktail of heady brightness, commitment to the learners and insistence on adequate teaching began producing clear effects.

Nombulelo’s glorious 2018 matric results will forever be associated with Nicci’s leadership. The total cohort more than doubled from the 50 matriculants of 2017 to reach 127. Amazingly, despite this massive increase, the percentage pass rate held steady at 80%. What this meant is that whereas only 41 young people left Nombulelo at the end of 2017 with a National Senior Certificate, in 2018 as many as 101 matriculated. Moreover, the number of Bachelor passes almost tripled, from 14 to 34!  It should be emphasised that 2018 was by no means a ‘flash in the pan’. Again this year there are more than 100 matriculants and I would be very surprised if the school fails to produce less than 25 Bachelors in Finals. In summary, because the pupils at the school are once again being regularly taught, in a managed environment, more of them are learning effectively and there is also a marked increase in top-end performance.

It is also notable that Nicci was bold and brave enough to pilot a technical occupational skills stream at Nombulelo this year. She did this knowing that many of the learners who are progressed into high school in our city and our province are functionally illiterate and innumerate. These myriad learners cannot cope with the academic demands of conventional high schooling. Her commitment to all children, including those without strong academic foundations, drove her to embrace the considerable challenge of experimenting with a skills stream offering specialisations as diverse as early childhood development and hospitality. In addition to her leadership load at the school, she taught in both the academic and vocational programmes.

Nicci’s legacy is not confined to Nombulelo. Together with Warren Schmidt from VGHS she played a catalytic role in galvanising the community of local Public School Principals. She is fiercely opposed to abusive relations of any kind and thus believes in the imperative to equalise power relations. In the face of the ongoing abuse of bureaucratic power within the basic education system, she was the perfect professional to strengthen the hand of the principal body.

There is no doubt that Nicci’s resignation constitutes a major setback to the project of revitalising public schooling in Grahamstown/ Makhanda, so successfully championed in recent year by Dr Sizwe Mabizela. Over time, we will have to reflect on how we allowed Nicci’s circumstances to deteriorate to the extent that she decided she had to resign. In particular, the parents of Nombulelo learners as well as the teachers at the school owe the local community answers. However, this is a process that will have to unfold over the coming weeks and months. For now, let’s pause, and say a huge ‘thank-you’ to Nicci for her manifest, magnificent legacy.