Constructively engaging in the present to create a better future 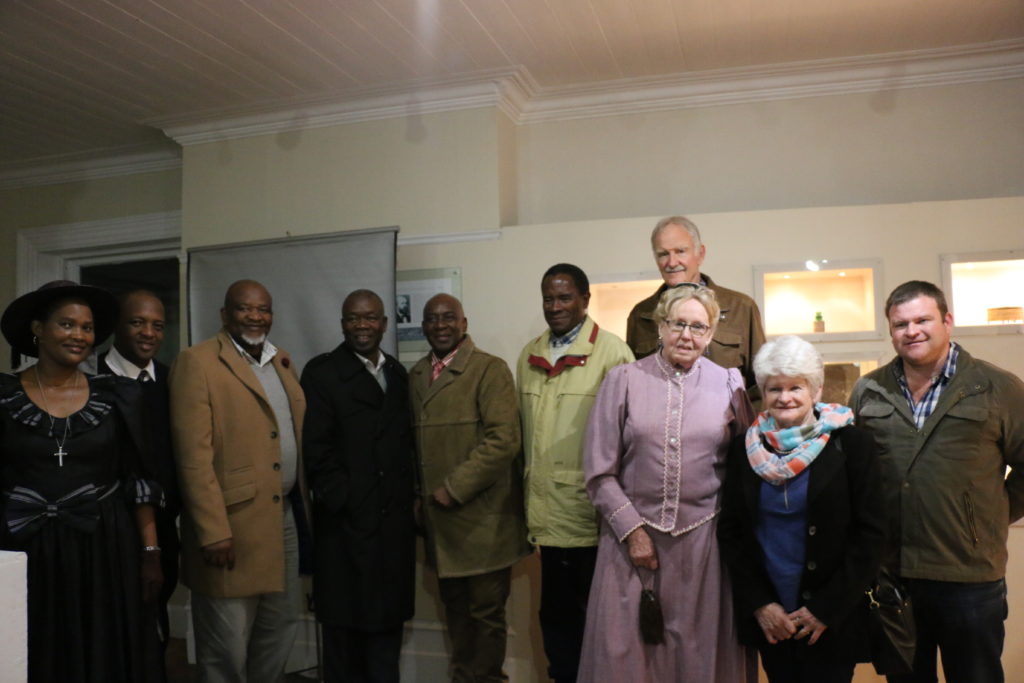 The vision of Albany Museum is “to become a museum that is an integral part of the community, contributing to the process of nation building by nurturing a society that is aware of the value of its past, and is constructively engaged in the present to create a better future”.

It is against this vision that from time to time the museum is required to go down memory lane and explore the past in order to create a better future for all the citizens of Makhanda and the entire nation, whether it is through
exhibitions or talks. The goal is to build the nation so that all who live in it, regardless of skin colour we can all look in the past, reconcile with it and craft a better future for the good of the city and the nation and for future generations.

On Thursday 5 September, the Diamond Room of the Observatory Museum was packed to capacity with guests. The occasion was the official re-opening of the Observatory Museum. Fleur Way-Jones, Emeritus Curator in the History Department of Albany Museum took us down memory lane and told the fascinating history of the building and the family that lived there. Re-telling the story of Henry C Carter Galpin, the inventor, astronomer, meteorologist and businessman, Fleur described how the family lived at Number 10 Bathurst Street, and grew with the birth of seven sons, supported by the family business, HC Galpin Watchmaker and Jeweller. At the talk we were also graced with the presence of Galpin’s descendants from Kenton-on-Sea.

In the story of Galpin I was also interested to find out what role did the black people have in the family and the business. I wanted to find out whether in the brutality of the past where blacks were treated with so much harshness in our country, how life was in the Galpin family. Are they one of countless many other white families in South Africa in the past who treated black people with dignity and humanity? Or were the black people “bearing the yoke of oppression with sheepish timidity” in their household?

As I was listening to this fascinating story I was interested to find out which category did this family fall into. The family had a business and they would surely have had black workers, domestic helpers and those who worked in the garden. The black people would have been major in assisting them to acquire the wealth they had.

Sadly, nothing in the story seems to indicate any historic role that the black people played in the family and business life. So I’m left with these questions:

Interestingly in the township you will find many black men named after Galpin. Could there be any descendants in the township of the workers who might have information on the history of the black man of the times in relation to Observatory Museum? Is there information in the archives somewhere?

Observatory Museum is a prime tourist attraction in the Eastern Cape. It is open weekdays from
9am to 6.30pm.