Blasting off to new heights 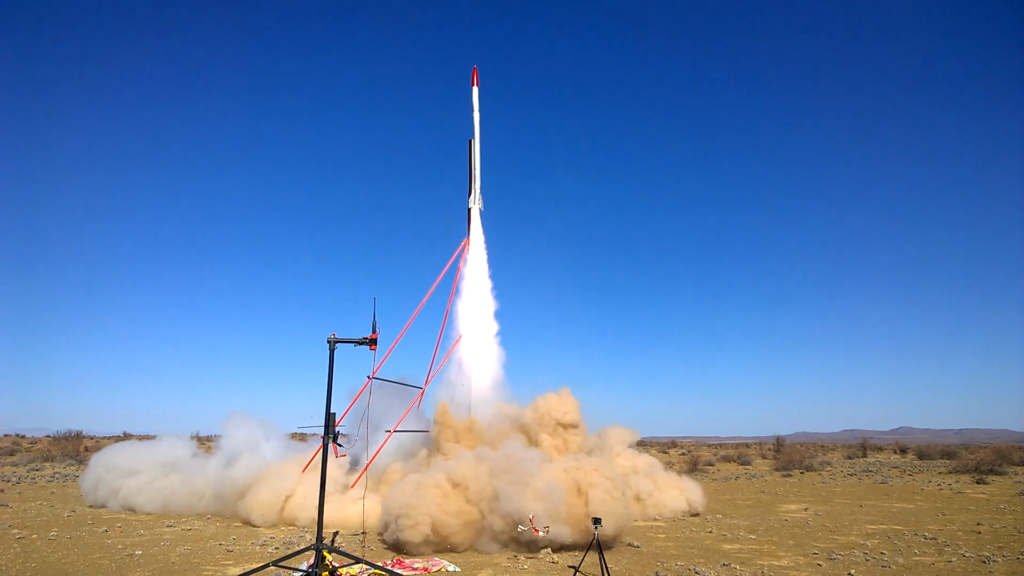 A new African altitude record was set by four South Africans for amateur rocketry. This included two Rhodes University alumni, John and David de Bruyn. The launch took place in the Karoo on 3 August after having received flight clearance from the Civil Aviation Authority. For decades the race had been on to break the 10km barrier and the team from Cape Rocketry managed to not only break the previous record of 9.5km, but pip the elusive 10km mark at 10.37km.

They were determined to build as much as possible of the rocket themselves and to only use local companies when needed. They made the propellant and used electronics developed by one of the team members, De Bruyn. The rocket had a GPS system which was responsible for deploying the parachute and tracking the rocket to the landing site.

The rocket burnt more than a kilogram of propellant within a single second. After 7 seconds it reached almost twice the speed of sound traveling faster than a rifle bullet, and had more kinetic energy than five African elephant bulls charging at top speed. The core of the motor reached temperatures of over 2 000 degrees Celsius. After 45 seconds of flight time it had exceeded the height of Mount Everest by over a kilometre and had shed half of its 20kg weight.

It took about six months for the rocket build, but the team has been researching and building smaller rockets for over 10 years. Cape Rocketry says that the next challenge will be 20km, and one day – space!

To see footage of the launch visit the Cape Rocketry channel on Youtube.