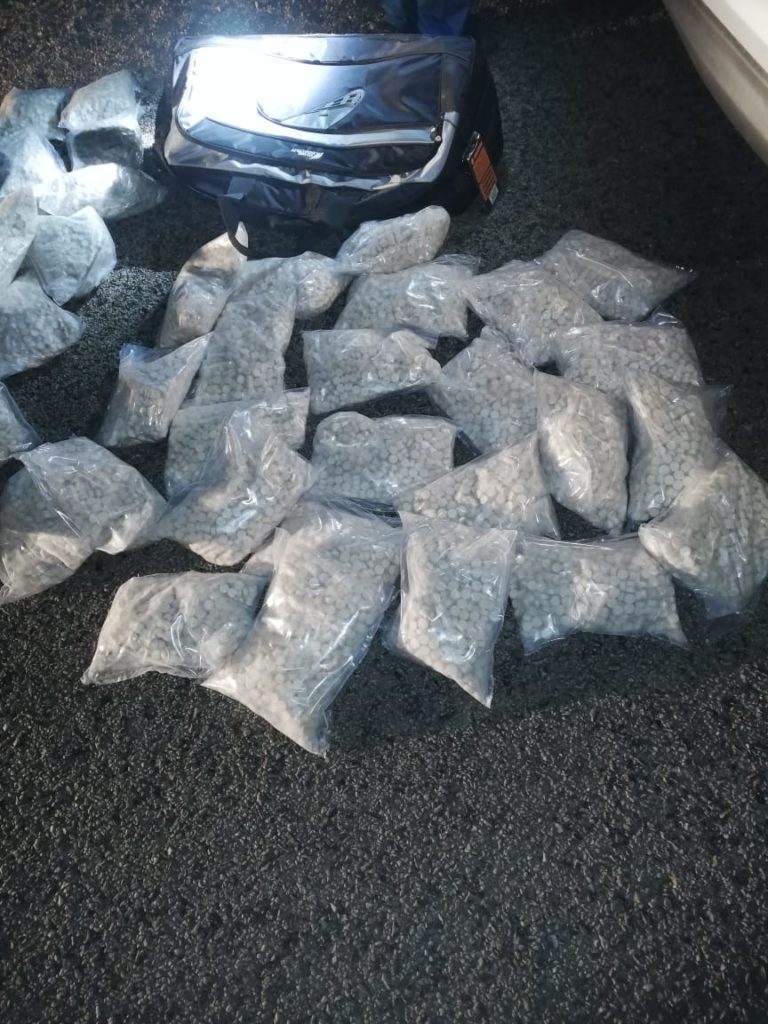 Flying Squad members have arrested two suspects for dealing in Mandrax on the N2 close to Kinkelbos, according to provincial spokesperson for the South African Police Service Colonel Sibongile Soci.

“Police members spotted a suspicious silver Nissan Almera driving past them,” Soci said. “The members pulled the vehicle off the road and searched it.
In the boot, 50 plastic bags containing 1500 mandrax tablets each were found.”

Soci said a total of 77 500 mandrax tablets with an estimated street value of R5 million were confiscated.

The 45-year-old male driver and his 26-year-old female passenger were arrested on charges of dealing in Mandrax. They will be appearing in the Alexandria Magistrate’s Court on Monday 19 August to face those charges.